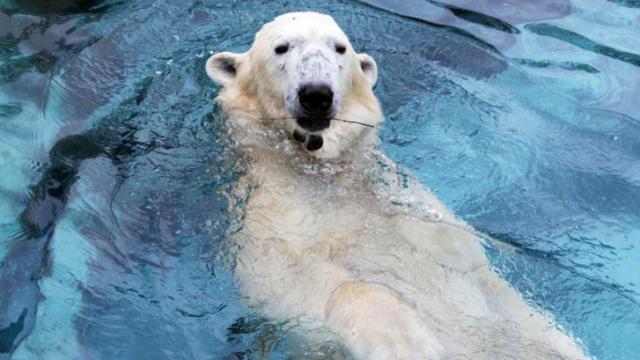 Wilhelm had been on loan to the Milwaukee County Zoo since September 2011 while the N.C. Zoo underwent an $8.5 million expansion of its polar bear exhibit.

“Over the past couple of days, 'Willie' was not eating and could not stand,” Milwaukee Zoo Curator of Large Mammals Tim Wild said in a statement. “Our veterinary staff did an exam on Willie and found fluid in his abdomen.”

The 28-year-old bear was euthanized, and a necropsy will be done to determine the cause of its illness, officials said.

Wilhelm had been slated to remain in Milwaukee until the renovations to the Asheboro zoo were completed next fall. The N.C. Zoo's female polar bear, Snow Lilly, remains at the Milwaukee Zoo on public exhibit.

Last month, Aquila, a 21-year-old male polar bear, was found dead at the N.C. Zoo. Officials said the bear had a hernia, which led to a stomach rupture and its lungs collapsing.

The N.C. Zoo is working with the Polar Bear Species Survival Program of the Association of Zoos & Aquariums to find animals for the expanded exhibit. Due to climate changes, including habitat loss, wild polar bears have been placed on the endangered list.