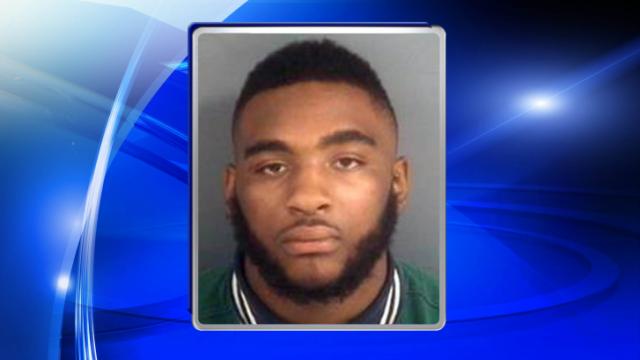 FAYETTEVILLE, N.C. — Fayetteville police on Tuesday arrested a 19-year-old man in connection with the fatal shooting of a high school freshman three weeks ago and say additional arrests are expected in the case.

Devontay Jquan Douglas, of 1319 Worstead Drive, was arrested at Ramsey Street High School and charged with first-degree murder and conspiracy to commit murder in the death of Joseph Braxton III.

Braxton, a student at 71st High School in Fayetteville, was shot and killed Sept. 27 when he arrived at a birthday party on Randleman Street.

Douglas' arrest comes on the same day that Braxton's mother, Tabitha Brown, expressed to WRAL News her frustration that witnesses hadn't come forward with information that could help police arrest her son's killer.

Investigators were also frustrated. Fayetteville Police Chief Harold Medlock told The Fayetteville Observer several days after the shooting that investigators thought they knew three people who were responsible for the boy's death but that they could not obtain arrest warrants because of a lack of witness cooperation.

About 20 students from 71st High School were invited to the party, and there were about 10 adult chaperones. Medlock said several of those attending saw the shooting and might have recorded it on cellphones.

It wasn't clear Tuesday if any of those witnesses went to police.

Also unclear is a motive for the crime. Investigators haven't commented, but Brown said she believes her son's death was in retaliation for a fight between him and several other people a week before his death.

"My family – we're thanking God," Braxton's brother, Davorn Brown, said. "We put it in God's hands. God is good, but we want the rest of them. We need justice."

Crime Stoppers is offering a $1,000 reward for information that leads to the arrest and conviction in the case.