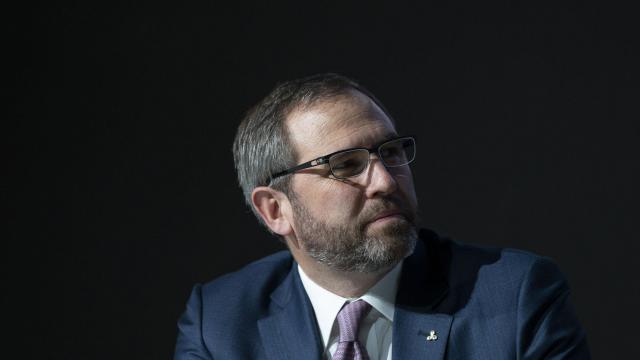 CNN — The US Securities and Exchange Commission filed a lawsuit against cryptocurrency platform Ripple, its CEO, and its chairman, for illegally selling unregistered securities worth $1.3 billion, the agency said Tuesday.

According to the complaint, Ripple's chairman, co-founder and former CEO Christian Larsen, and the company's current CEO Bradley Garlinghouse, raised capital for the business through the sale of XRP in an unregistered securities offering.

The failure to register the XRP sales -- or qualify for a registration exemption -- constitutes a violation of federal securities law, the SEC said.

On top of that, the company also allegedly received services, including labor and market-making, in exchange for the XRP offering. Larsen and Garlinghouse also orchestrated personal unregistered sales worth $600 million, the SEC alleged.

Garlinghouse called the case "an assault on crypto at large," in a message to employees that was posted on the company blog. The SEC didn't want to foster innovation in the digital asset space, he added.

"The SEC is fundamentally wrong as a matter of law and fact," Garlinghouse told CNN. "The SEC has permitted XRP to function as a currency for over eight years, and we question the motivation for bringing this action just days before the change in administration."

Because other branches of the US government have designated XRP as a currency, it falls outside of the purview of securities law, added Ripple lawyer, Michael Kellogg of Kellogg, Hansen, Todd, Figel & Frederick, according to the blog post.

In October, the CEO said in a tweet the company would move its headquarters to another country if the regulatory view on cryptocurrencies in the United States didn't get clarified.

"Although the SEC's decision brings an even greater sense of urgency to our decision whether to move our HQ outside the US, we also look forward to working with the new Biden administration to see if we can find a rational path forward here," Garlinghouse told Ripple employees.

Correction: An earlier version of the story and headline incorrectly stated what the SEC sued Ripple for. It was sued for an illegal security offering.