Season 3 of 'Gotham' premieres on FOX with 'even more monsters' 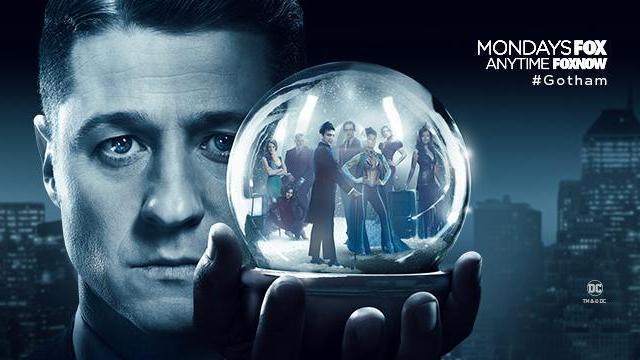 Hollywood, Calif. — "Gotham" is all about the villains this year. The show's third season premiered last Monday on FOX, and creators say the new episodes are riddled with even more monsters and fewer places to hide.

"Gotham" follows the story of a city sinking into chaos amidst its most malevolent villains. Among the "bad guys" are the Penguin, played by Robin Lord Taylor, and the Riddler, played by Cory Michael Smith.

"We've got monsters running amuck," said Taylor in a behind-the-scenes interview. "It's given, at least from my prospective, Penguin something to focus on and go after."

The mayhem-seeking Penguin, the future Riddler and a cast of power hungry misfits put "Gotham" in a class all by itself, Smith says.

"The show has really defined itself within the Batman universe, and we have a clear identity," the star said. "It's just so fun now. We're just relishing in it."

Even the devil's mom escapes from Hell and drops in for the new episodes. Returning to Season 3 is Aimee Garcia, who plays Lucifer, while actress Tricia Helfer makes her "Gotham" debut as Lucifer's mom.

"It's a trip," said Garcia. "It's been a wonderful experience. [Helfer] brings non-judgment and fun [to the cast]. There are no ulterior motives, and she doesn't have an agenda."

As for Lucifer's Mom, her agenda toward her fallen angel and his brother is a mystery. "I wanted to make sure that she wasn't an arch character, that it wasn't just, 'Oh, she's so evil,' and that's it," said Helfer. "No, they told me what this mom was all about, and I was instantly hooked."

Tune in on Mondays at 8 p.m. for the rest of the new season.