Sears had a miserable, miserable Christmas 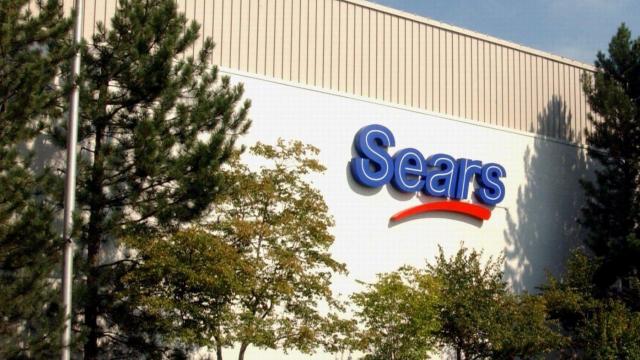 Sales at Sears and Kmart stores plunged during November and December. At stores open at least 12 months, sales fell between 16% and 17%. It only adds to worries that Sears can't stay in business much longer.

Sears blamed pharmacy closures at some Kmart stores and fewer electronics offerings on store shelves. But excluding pharmacies and consumer electronics, sales were still down 14% to 15%.

Sears said it will cut another $200 million a year (beyond the stores it already planned to close). And it's looking to increase the amount of money it is able to borrow.

Sears says it has already raised about $100 million in new financing and is seeking to borrow another $200 million. It is also looking for better terms on the more than $1 billion of debt it has already has outstanding.

For the company to survive, CEO Eddie Lambert said that its lenders and vendors must have a better outlook about the company's future.

Lambert admitted the company's partners don't think Sears can compete much longer, and that negative outlook is putting Sears at a competitive disadvantage. For example, some vendors are demanding Sears pay them cash -- that way, they won't be on the hook if Sears files for bankruptcy.

The company had already warned last year that there was "substantial doubt" about its ability to stay in business long term. It has racked up $10.4 billion in losses since 2010, its last profitable year. Sears warned Wednesday that it expects to report a net loss of between $200 million and $320 million in the current quarter.

Sears closed hundreds of stores last year, leaving it with just over 1,100. Last week it announced plans to close another 103 Kmart and Sears stores by April.