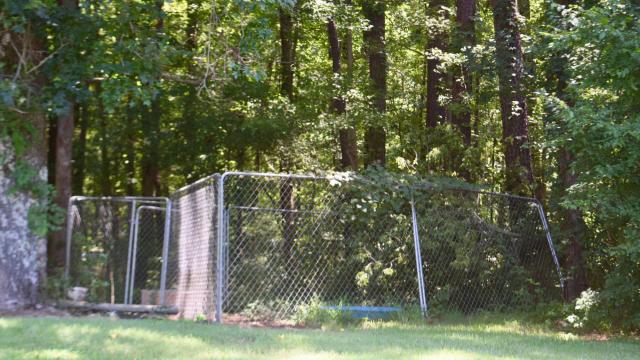 Durham, N.C. — The Durham County Sheriff's Office is investigating a case of possible animal cruelty and abandonment, according to a search warrant.

Investigators wrote in a search warrant about their visit to a home along Hamlin Road in Durham around 1 p.m. on Wednesday after checking on the animals living there for over a week.

The investigation started on July 15 when deputies responded to an animal cruelty call at the mobile home. The owner of the home talked with deputies and said his cousin lived in the home but she hadn't been seen in days, according to the warrant. He said his cousin "treated her animals like they were her children" and that it was not like her to leave them.

The deputies entered the home but did not find the resident inside. Investigators did find a gray tabby kitten that had a large jar stuck on its head before deputies removed it. Another cat, an orange long-haired cat, was also inside the home.

Four goldfish and a small turtle were also located.

The deputies described the home as "trashed with feces, garbage and stuff everywhere," according to the warrant.

The owner told deputies his cousin paid to live in the home each month and that she had a history with drug use.

The deputies asked the owner to text his cousin, and he did. The cousin responded to say she was in the hospital and someone should be coming by to care for the dogs, according to the warrant.

A text received from the same number later said deputies had contacted the wrong number, according to the warrant. That information was not confirmed.

Deputies set up cameras outside the home to see if anyone was, in fact, feeding the animals. Between July 18 and July 24, no one stopped by, according to the warrant. As a result, multiple deputies from the Durham County Sheriff's Office came by to give the animals food and water.

Durham County may approve pet-tethering ban by end of month

No charges had been filed, but the two dogs, two cats, four goldfish and turtle were all seized from the home by animal services. All were considered abandoned, according to officials.