Search discontinued for men who shot at officers in Moore County

Carthage, N.C. — Officers in Moore County first warned the public Sunday of two men who shot at officers near Carthage and are currently on the loose.

In a press release at 1:15 p.m., the Moore County Sheriff's Office warned the public of a severe threat that could lead to "extraordinary threat to life or property."

The search was discontinued late Sunday after bloodhounds followed the scent of the men to Bethlehem Church Road then lost the scent, indicating that the men were picked up in a car.

Deputies said two men shot at Albermarle police officers Sunday morning, disabling their patrol car, as they were fleeing the scene of a drive-by shooting. Police described the two men as black, and both were wearing black clothes. One had dreadlocks. 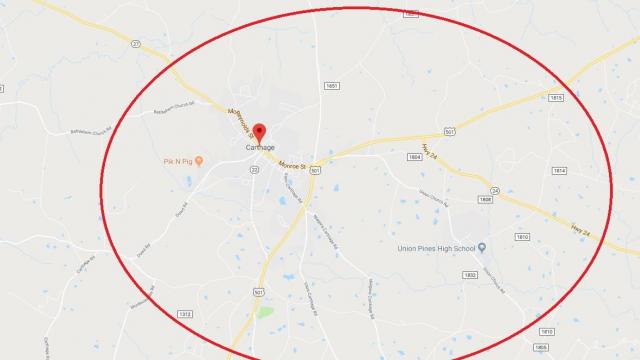 The men were seen traveling through Montgomery County and abandoned their vehicle just before encountering a road block being set up by deputies, authorities said.

Authorities said they have recovered a shotgun and AK-47 that they believe were used by the suspects.

Deputies said the men fled on foot in a wooded area south of N.C. Highway 24, about three miles west of Carthage.

A helicopter, drone and K-9 team were deployed during the search. 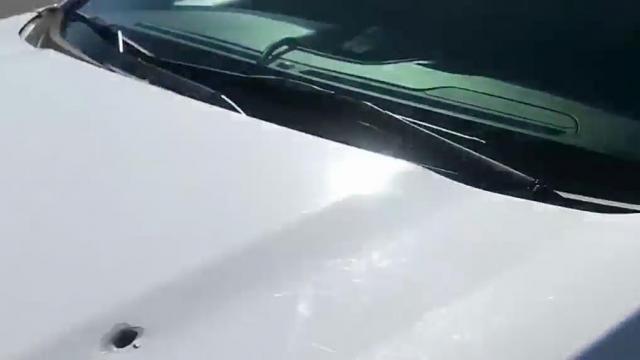 Although a severe threat does not remain, people in the area are being asked to remain aware and call 911 immediately if they see the men.