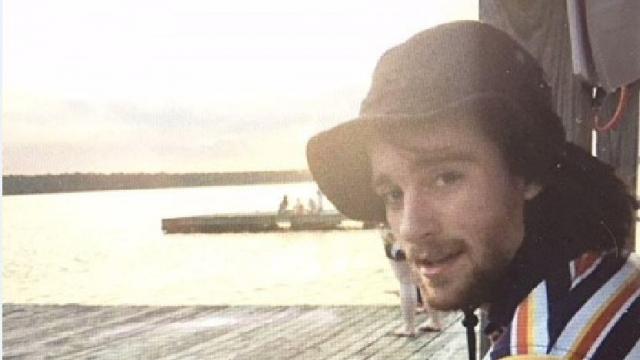 Bladen County, N.C. — Fifteen different state organizations and 75 people are involved in the search for a Fayetteville man who went missing Saturday at a state park while camping, a NC Parks and Recreation spokeswoman told WRAL Sunday.

"The search efforts itself (Sunday) afternoon have pretty much concentrated on the water itself, and the adjacent land right around the water," said Kristen Woodruff, park superintendent.

Responders have used helicopters, K9 officers and drones in the search.

Katie Hall, a spokeswoman for Singletary Lake State Park said Sgro was noticed to be missing around 3 a.m. Saturday.

Hall said a group of people he was with had gone out on the lake to canoe Friday evening around sunset when conditions were very windy. She said a lot of them stayed out on the lake after the sun had set.

Sgro's canoe was found across the lake from his campsite Saturday morning with his life jacket and cell phone still in the canoe.

His oar was found floating in the water next to the canoe.

Sgro is 5' 6", and weighs about 125 lbs. He was last seen wearing a white sweater with a grey chevron patter, khaki pants, and burgundy New Balance shoes.

"We came up on his canoe, found his phone, headphones, and his jacket," said Peter Alspach, a fellow camper said to WECT . "Definitely bizarre, I mean it's not like Jesse at all. And so it's definitely kind of mindblowing."

If anyone has any information on Sgro's whereabouts you are asked to call 911 or the Bladen County Sheriff's Office at 910-862-8141.