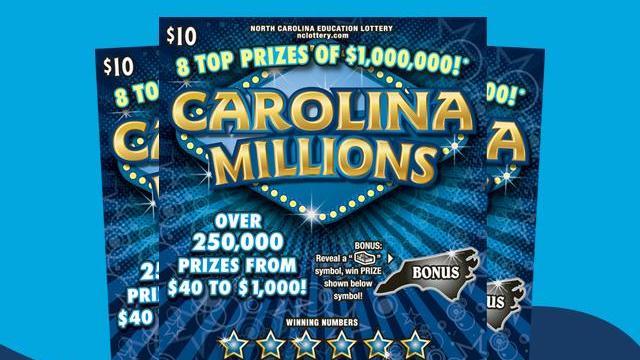 Chapel Hill, N.C. — An outing with his father led a Chapel Hill man to winning a $1 million lottery prize.

"I don’t usually get scratch-off tickets," Lopez said Monday. "Since my dad was with me, I decided to get some so we could play together."

When he scratched his ticket, Lopez said, he couldn’t believe what he saw.

"It felt like I was having a heart attack," he said. "We were speechless. This is life-changing. Let’s just say it’s been a very long weekend."