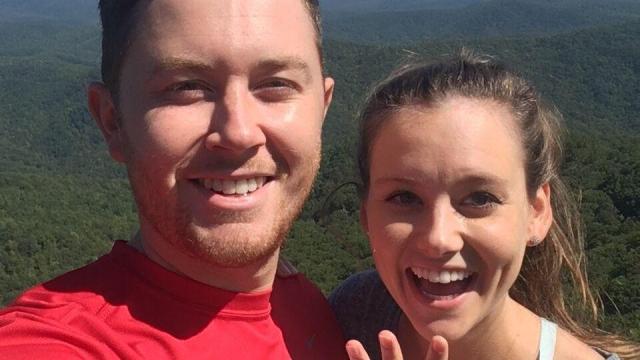 Garner native and country star Scotty McCreery has released a new single, "You Time," which he said was partly inspired by his wife.

McCreery married his longtime girlfriend, Gabi Dugal, in 2018 in the North Carolina mountains. Dugal, who graduated from the University of North Carolina at Chapel Hill, works as a pediatric cardiac nurse at Duke University Hospital.

McCreery said he wrote "You Time" with co-writers Frank Rogers and Aaron Eshuis at a time when he had been traveling more than usual. When he got home only to see his wife leave for her shift at the hospital, he wished for more time with her.

"I was craving some ‘You Time’ with her and that inspired this song," the artist said. "Of course, now during the pandemic, we’re having a lot of ‘You Time,’ which I love.”

McCreery said You Time is a song we can all relate to during the COVID-19 pandemic.

In addition to spending time with Dugal, McCreery has stayed busy during the pandemic providing almost 100 livestream performances using Facebook, Instagram and Twitch. One of his last in-person shows was a sold-out performance in March at the Ryman Auditorium in Nashville.