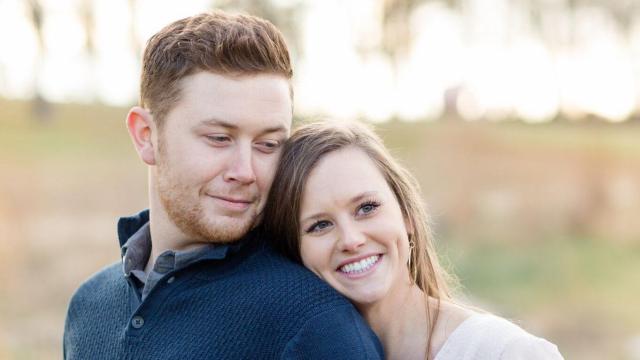 An acoustic version of “In Between and its accompanying video are the first of three acoustic tracks coming from McCreery on a new digital EP called “The Soundcheck Sessions,” his record company announced.

The music video debuted exclusively on iHeartCountry and its website Friday.

“While I always love performing ‘In Between’ with my full band, I also really have fun when we do a stripped-down version at guitar pulls and radio shows,” said McCreery, who is from Garner and shot to national fame on “American Idol.”

McCreery is expected to also release an acoustic track over the next two months to complete the EP, with iHeartCountry properties continuing to debut the accompanying music videos, according to a written statement by the record company.

McCreery is accompanied by his guitarists and harmony vocalists Jeffrey Harper and Dylan Rosson on the acoustic tracks.

“We’ve had so many requests for a recorded version of the acoustic performance, so we decided to make it happen. I hope everyone enjoys it as much as I do,” he said.

The original version of “In Between” has reached No. 30 on the Billboard Country Airplay Chart and could go higher.

The song, written by McCreery, Frank Rogers, Jessi Alexander and Jonathan Singleton and produced by Rogers, is the third single from the North Carolina native’s No. 1 debuting Seasons Change album which also features his two Platinum-certified No. 1 hits “Five More Minutes” and “This is It.”

“In Between (Acoustic),” as well as the two forthcoming acoustic tracks, were filmed and recorded on the stage of the Cascade Theatre in Redding, California on Sept. 26, during the afternoon before performing at the same venue that night.

McCreery is on the road going to Newport, Kentucky on Nov. 22, and Moline, Illinois on Nov. 23 before taking time off for Thanksgiving with his wife and her family. He’ll then headline the Beach Home for the Holidays concert in Panama City Beach, Florida on Nov. 29.

McCreery will be joining country super star Luke Bryan for Crash My Playa in January.