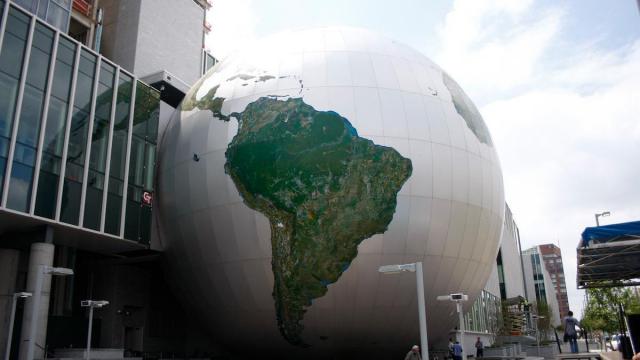 The N.C. Museum of Natural Sciences in Raleigh has launched the first-of-its-kind app for visitors with a disability.

NC NatSci is available now to be downloaded for free from the Apple App Store. Liani Yirka, the museum's curator of special populations, and SAS employees developed the app, which aims to make the museum more accessible to all, a press release says. It's being called the first of its kind for museums.

“This app allows visitors with visual impairments the ability to mentally map the Museum and know what exhibits exist so they can decide what they want to spend their time doing here and better plan their visit,” Yirka said in a press release. “But the really rewarding aspect will be the freedom this app will allow visitors with disabilities when visiting the museum.”

I downloaded the app on my phone and cruised around. It has basic information like the hours and directors. There's a list of exhibits and maps so you can plan your time. It lets visitors know where there are interactive exhibits so they can take advantage of all that the museum has to offer. There are graphics with text-based, audio or rich multimedia content specific to each exhibit space, the release says.

While the goal here is to help visitors with disabilities, the app is great for anybody, including school groups, families and others trying to map out their visit to the museum. If you don't have an Apple iOS device, the museum has 15 new iPod Touch devices that are available for use upon request.

Also, congratulations to Yirka and the museum. It recently won the Ken Franklin Citizen Involvement Award, which was announced at the Raleigh Mayor’s Committee for Persons with Disabilities Annual Awards Banquet last week. The committee recognizes employers, businesses, agencies and individuals in Raleigh who work to make the city accessible to all.