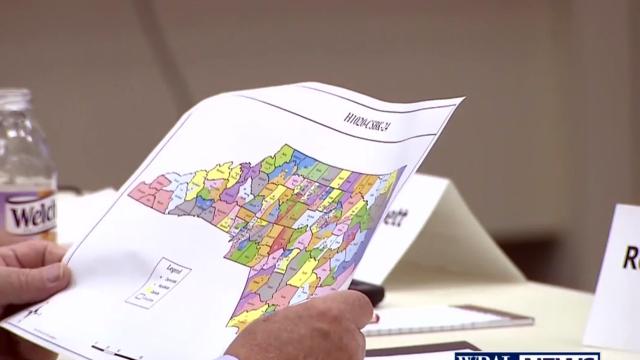 Raleigh, N.C. — A bipartisan group of former governors, including North Carolina's Mike Easley and California's Arnold Schwarzenegger, filed a brief Monday in a North Carolina redistricting lawsuit that is scheduled to go before a judge Tuesday for an important hearing.

This is one of three lawsuits targeting the Republican-controlled redistricting effort in North Carolina, a process that wrapped up early last month with a trio of maps expected to elect strong Republican majorities to the state House and Senate, as well as the state's congressional delegation, despite the state's closer split between Democratic and Republican voters.

The former governors argue that unfair maps dilute people's votes, create more conflict and make it harder to compromise because they encourage politicians to cater to primary voters, diminishing the influence of moderates.

“Because the people are granted the right to govern in this democracy, it follows that they must retain the right to choose their representatives," the brief states. "When their representatives manipulate that right by choosing who their voters are in an imbalanced and unjust manner, it constrains democracy by entrenching power in one political party that rightfully belongs to the people.”

The underlying case is scheduled to go before Superior Court Judge Graham Shirley on Tuesday. The Southern Coalition for Social Justice and its clients are pushing to delay candidate filing in North Carolina's legislative and congressional elections – set to open Monday – while the court considers whether the current maps should be redrawn.

Attorneys for the Republican majority have asked the judge to dismiss the case outright, allowing elections to proceed under the current maps. Failing that, they want the case moved before a three-judge panel.

Senate President Pro Tem Phil Berger's office said Monday it had no comment on the filing.