School calendar debate likely to wait until after summer break 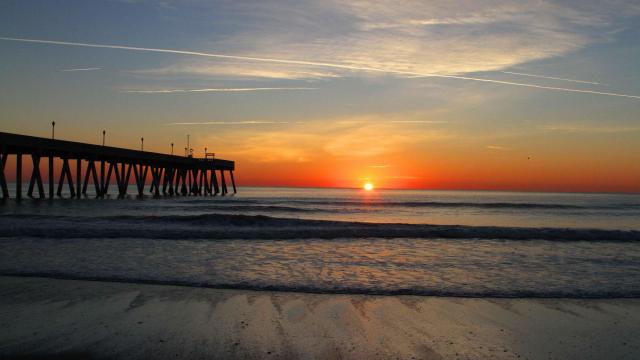 Raleigh, N.C. — Wake County is among dozens of school districts pushing lawmakers to roll back a decade-old calendar law that keeps school officials from beginning the academic year before Aug. 25, but progress on any such bill is likely to be slow this year, if it comes at all.

Already, lawmakers have filed a dozen bills seeking to give schools more waivers to the calendar law or exempt particular school systems altogether. More are on the way, part of an effort to break a legislative stalemate that bottled up 25 similar measures during the 2013-14 session.

"I hope, by filing all these individual local bills, we will show the leadership the demand that's out there," said Sen. Mike Woodard, D-Durham, who has penned a calendar flexibility bill for Person County and said he has been asked to author a similar measure for Durham Public Schools as well.

School districts and their legislative allies, along with a liberal-conservative coalition of advocacy groups seeking repeal of the calendar law entirely, face opposition from executives working in the state's tourism industry, who say narrowing the summer break could hurt business at the shore and in the mountains.

Current law restricts traditional-calendar schools from starting their year before "the Monday closest to Aug. 26" or running past the second week of June. That measure was a reaction to what legislators then saw as school calendars that were eating a large portion of the traditional summer break, wiping out the entire month of August for many students.

"Tourism represents $20 billion of North Carolina’s economy," said Rolf Blizzard, a Raleigh-based hotel owner and chairman of the North Carolina Travel and Tourism Coalition, a group formed to lobby on behalf of the industry. "In fact, it's the only sector of our economy that continued to grow and to generate more state and local revenue during the Great Recession."

Businesses, he said, support the existing school calendar law, "which already provides school systems considerable flexibility, gives them the option of year-round schedules and has served North Carolina well for a decade."

But school districts say the calendar restrictions have put them at odds with a number of educational priorities, including some pushed by lawmakers.

For example, Wake County Board of Education Chairwoman Christine Kushner said many high schools in her district worked with local community colleges to provide students with a leg up on earning college credits or technical courses not available in high schools. But community colleges, she said, start their academic year earlier than public schools are allowed to, which makes putting together schedules for those students difficult.

There are other concerns as well.

"Students who graduate after the fall semester of high school are not able to go on to higher education in January," Kushner said.

That's because their final exams aren't completed and grades aren't compiled before community colleges and universities start their spring semester. Other students simply find themselves sweating out semester final exams while their families get together to celebrate winter holidays or go on vacation.

"We would like to start earlier in August so that exams in our high schools could be completed by winter break," she said.

Those arguments are familiar to anyone who sat through legislative committee hearings last fall and winter during which lawmakers were looking for ways to help schools be more innovative and keep up with peers around the world.

"Pretty much every person who testified at the innovation committee included comments about how calendar flexibility is critical," said Rep. Craig Horn, R-Union.

Horn has introduced a bill that would let school districts seek a calendar exemption for a specific school but has shied away from filing a statewide bill.

"Frankly, because it won't pass," he said.

Getting the warring parties together

While the work of the grassroots Save Our Summers group is often cited as the driver of the 2004 law, it is objections from the lobby representing hotels, resort operators and vacation-area business that lawmakers say keeps any sort of calendar change at bay.

Business leaders object to shorter summer breaks both due to the loss of customers as well as the loss of workforce. High school students serve as lifeguards, wait staff, ticket takers and in other seasonal positions for a number of tourist destinations.

Hise said he would like to see some flexibility for schools in his area that deal with weather-related problems – particularly snow and ice in the mountains. But, he said, schools already have some flexibility to use longer school days to rearrange their calendars if they want to make sure exams are given before winter break.

A nascent effort to bring both sides of the debate together is quietly afoot.

"What I'm trying to do is get all the warring parties together," said Rep. Chuck McGrady, R-Henderson.

McGrady said he would like to reach a broader, statewide agreement that would negate the need for the passel of individual school calendar bills lawmakers are filing.

Rather than snipe at each other over a persistent stalemate, McGrady said he's trying to get fellow lawmakers and advocates on either side of the issue to commit to participating in an interim study committee. These committees meet after lawmakers finish their annual legislative session, crafting bills outside the press of legislative deadlines.

If all parties agree to work on a bill, McGrady said, it's less likely the agreement would fall apart.

"Now may be the right time to try to resolve this," he said.

It's unclear how much buy-in business leaders who are happy with the status quo would have in such an effort.

"We strongly support the existing law, but we're always open to working with others to see if we can find common ground to make it even better," Blizzard said.