Wake County, N.C. — No students were on board a school bus when it was involved in a crash with a Jeep on Friday morning in Apex.

A red Jeep with major front-end damage was at the scene off Salem Street. Authorities said the bus was making a left turn onto Interstate 540 from Salem Street when the Jeep crashed into the side of the bus.

Two people from the Jeep were taken to the hospital with non-life-threatening injuries. The driver of the bus was not injured.

The Jeep also sideswiped a third vehicle, but the driver was not injured.

The North Carolina State Highway Patrol is investigating the crash. 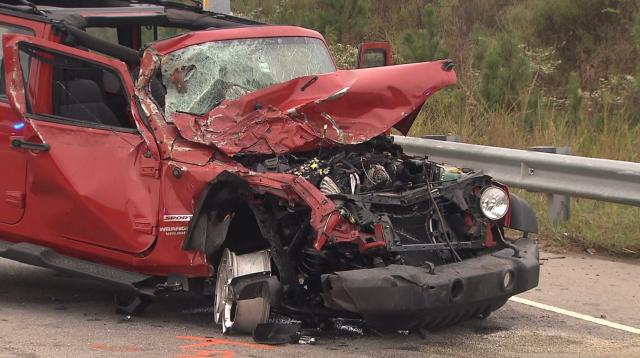