Raleigh, N.C. — A school bus was involved in a crash outside a Raleigh middle school Friday morning.

A man driving a Mini Cooper said he had just finished dropping his child off at the school when the school bus pulled out and hit him.

The school bus had front-end damage, and the Mini Cooper's front and side were damaged.

No children were on board the bus, and no injuries were reported, a district schools spokeswoman said. 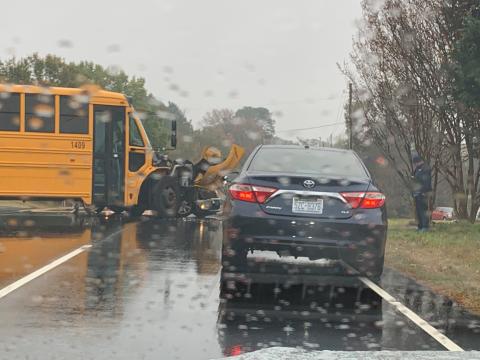