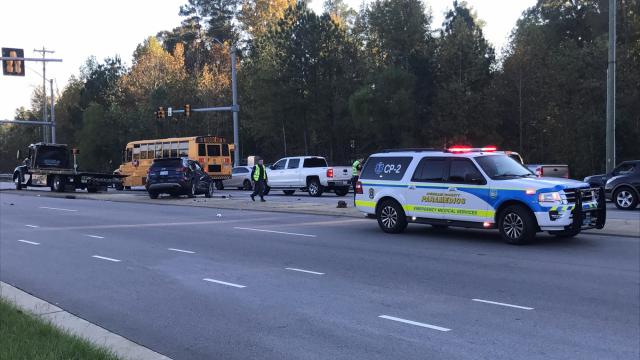 The incident occurred around 4:30 p.m. and three students were on the bus when the accident occurred, authorities said. The youngsters were being evaluated at the scene, officials said.

Police did not immediately say how the accident occurred or if anyone would be charged in connection with the accident.