Schneiderman Will Not Face Criminal Charges in Abuse Complaints 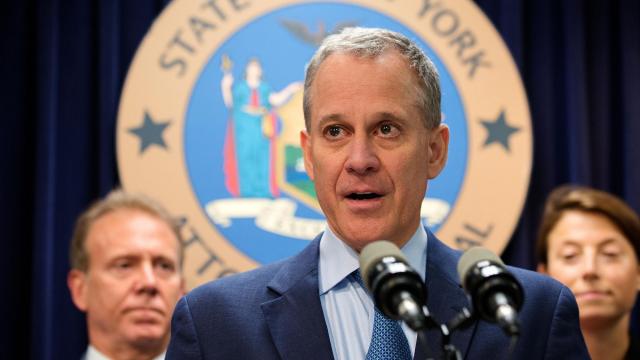 After a six-month investigation, prosecutors said Thursday they would not pursue criminal charges against Eric T. Schneiderman, the former New York state attorney general who resigned in May after four women accused him of assaulting them.

The decision not to file charges was announced in a statement issued by Madeline Singas, the Nassau County district attorney, who was asked by Gov. Andrew M. Cuomo to investigate the case shortly after Schneiderman left his post.

Singas said the women who accused Schneiderman of abuse were credible, but there were legal hurdles to bringing charges. She did not elaborate on those obstacles, except to say some of the accusations were too old to pursue under state law.

“I believe the women who shared their experiences with our investigation team,” Singas wrote, “however legal impediments, including statutes of limitations, preclude criminal prosecution.”

Singas added that she had proposed a new state law that would protect victims of sexually motivated violence by making it illegal to hit, shove, slap or kick someone without their consent for “the purpose of sexual arousal or gratification.”

Schneiderman’s sudden resignation, which took place within hours after the accusations were published in The New Yorker, was a stunning fall for a politician who had not only risen to prominence as an antagonist of the Trump administration, but who had also played a forceful role in the #MeToo movement.

The women, who had been romantically involved with Schneiderman, accused him of choking, hitting and slapping them, sometimes during sex. All of them said the violence was not consensual.

In his own statement issued Thursday morning, Schneiderman apologized both to the women who accused him and to the people of New York. He said that he had spent time in “a rehab facility” and was “committed to a lifelong path of recovery and making amends to those I have harmed.”

“I recognize that District Attorney Singas’ decision not to prosecute does not mean I have done nothing wrong,” he wrote. “I accept full responsibility for my conduct in my relationships with my accusers.”