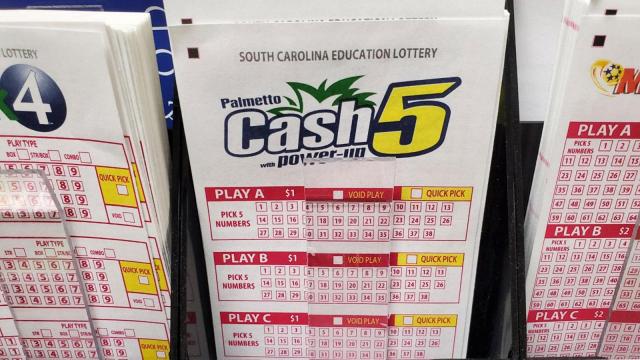 The man, who was unnamed by the South Carolina Education Lottery, had purchased a Palmetto Cash 5 lottery ticket from a Newberry, South Carolina, BP gas station.

He checked his ticket and saw that it didn't match the winning numbers, so he tossed it in the trash. But while he sipped his coffee, he realized he had checked the wrong date.

He returned to the trash and looked over the numbers once more. That's when his world stopped -- he noticed he had actually won.

The winning ticket matched all five numbers from the January 24 drawing.

"I checked the results for the day before," the man told the South Carolina Education Lottery.

"I couldn't believe it."

As for what he will do with the $100,000, he plans to give some of the money to charity and invest in a college fund for his grandchildren. And the BP who sold the man the ticket received a commission of $1,000.

The lesson? Check your tickets twice, just in case.