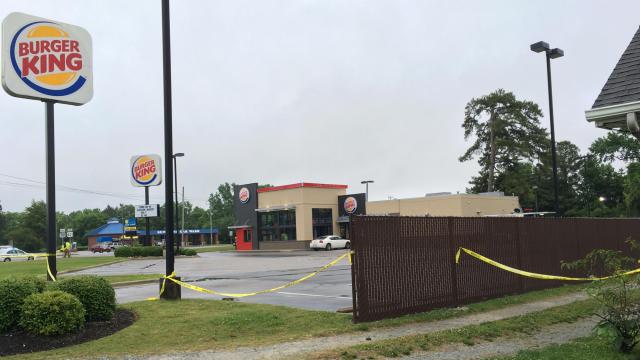 Clinton, N.C. — The State Bureau of Investigation said Monday that seven Clinton police officers and a North Carolina State Highway Patrol trooper were justified in May when they fatally shot a 53-year-old man who was sitting in a truck outside a Clinton Burger King.

"No criminal charges in the matter are warranted under the law," Lee wrote in an 11-page report, which was based on a state investigation.

According to police, Coffey, of Warsaw, pulled into the parking lot of a Burger King on Southeast Boulevard just before midnight on May 28 and asked another driver to call 911.

Clinton police were called to the restaurant soon after, and they found Coffey in his truck holding a shotgun.

Authorities said they tried for about 20 minutes to get Coffey to put down the gun and come out of the truck.

Officers and the trooper began firing when they say Coffey pointed the gun at them.

Investigators recovered 143 shell casings from the scene, and authorities said Monday that Coffey was shot 14 times.

An autopsy showed Coffey was shot in the head, shoulders, neck and torso.

Still, the officers' actions were reasonable given the circumstances. Coffey holding the shotgun as he opened the door could "reasonably be deemed as threatening," Lee wrote.

Coffey never fired at officers, and the SBI said Monday that the shotgun wasn't loaded.

The SBI's investigation of the incident also turned up new information about Coffey leading up to the shooting.

Coffey's wife told investigators that he was severely depressed, and he had checked himself out of a rehab facility earlier on the day he was killed. Coffey's wife said he left the couple's home after she went to bed, taking her truck and her shotgun.

All officers placed on administrative leave after the shooting were reinstated Monday.