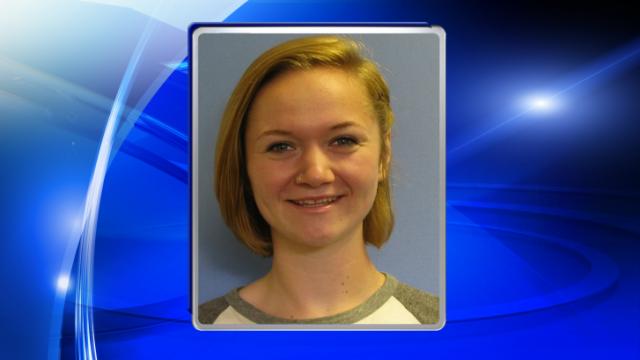 Boone, N.C. — The North Carolina State Bureau of Investigation has joined in the search for an Appalachian State University freshman who has been missing for more than a week.

Anna Marie Smith, 18, of High Point, was reported missing by her roommate Sept. 3 and was last seen in her dorm on Sept. 2.

The university said Smith reportedly used school transit last on the night of Sept. 2. In addition, she was seen near her dorm on the evening of Sept. 3. She reportedly was wearing light colored clothing.

A statement posted Thursday on the university's website said the SBI is collecting forensic evidence from items belonging to Smith.

Investigators are also trying to determining whether her disappearance is related to reports of a possible off-campus assault around the same time period. Police were investigating the rape of a student several days earlier that was reported this week. Authorities say the two cases are not related.

"Investigators identified and interviewed a number of people who had contact with her and who might have information about her whereabouts and any related circumstances," the university said in a statement. "Those interviews produced no conclusive information regarding an assault."

In the meantime, volunteers from Forsyth County have joined in the search along the Blue Ridge Parkway. A sweep of wooded areas, so far, has failed to produce any traces of Smith.

Smith has short red or blonde hair, blue eyes, and stands 5 feet 9 inches tall with a slender build. She has nose piercings, a black and white sunflower tattoo on her upper right chest near her collar bone and Latin lettering over her lower left ribs.