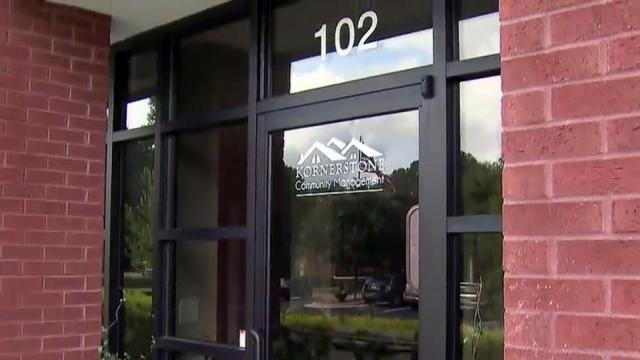 Garner, N.C. — Police said Wednesday they have called in financial crimes experts from the State Bureau of Investigation to assist in an investigation of possible embezzlement from dozens of area homeowners associations.

Twenty-five HOAs from across the Triangle have filed complaints with the Garner Police Department or the Consumer Protection Division of the state Attorney General’s Office in connection with as much as $500,000 missing from their accounts.

Accounts for all of the HOAs were, at some point, maintained by Kornerstone Community Management in Garner. Its office has been closed for at least two weeks, and president Diana Ellis Kelly hasn't returned phone calls and emails from WRAL News seeking comment.

A couple of HOAs said Kelly has emailed them to assure them that they will get access to their money.

Garner police Lt. Lorie Smith said she met with Kelly more than a week ago when police seized some Kornerstone files, but she declined to elaborate on anything Kelly said.

No charges are pending against Kelly, Smith said, because investigators still have to review hundreds of financial records.

Police said they plan to hold a meeting with representatives of the affected HOAs on Sept. 8 at the Garner Police Department to update them on the investigation and to provide them with resources to answer many of their civil questions.