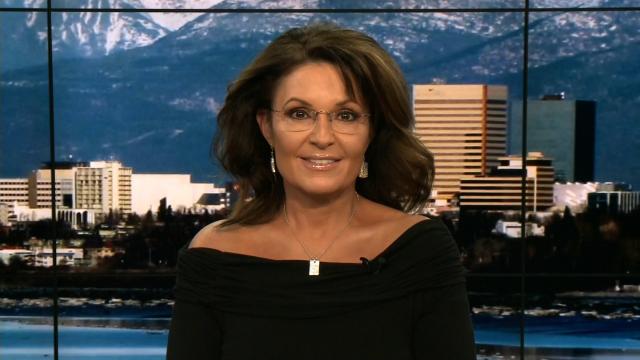 NEW YORK (CNNMoney) — Sarah Palin isn't ready to give up her legal battle against the New York Times just yet. Attorneys for the former Republican vice presidential candidate filed a motion Tuesday appealing a federal judge's ruling to dismiss her defamation lawsuit against the newspaper.

Palin is appealing the dismissal of her lawsuit to the U.S. Court of Appeals for the Second Circuit. A spokesperson for the New York Times declined to comment.

Palin sued the Times in June over an editorial that drew a link between an advertisement from her political action committee and the 2011 mass shooting in Tucson, Arizona, which left then-Democratic Rep. Gabrielle Giffords severely wounded and six other people dead.

In fact, there is no evidence that the shooter, Jared Lee Loughner, ever saw the ad. The Times issued a correction for the error the next day.

Palin's attorneys argued that "the Times conduct was committed knowingly, intentionally, willfully, wantonly and maliciously, with the intent to harm Mrs. Palin, or in blatant disregard of the substantial likelihood of causing her harm, thereby entitling Mrs. Palin to an award of punitive damages."

They also subpoenaed the internal communications of 23 journalists at the Times.

But Jed Rakoff, the federal judge in Manhattan who presided over the case, dismissed Palin's case in August, saying the former Vice Presidential candidate failed to show that the Times mistake was done maliciously and with reckless disregard.

"Nowhere is political journalism so free, so robust, or perhaps so rowdy as in the United States," Rakoff wrote in the opinion. "In the exercise of that freedom, mistakes will be made, some of which will be hurtful to others."

At the time, the Times issued a statement saying the ruling was a deep commitment to a free press.

"We regret the errors we made in the editorial. But we were pleased to see that the court acknowledged the importance of the prompt correction we made once we learned of the mistakes."

Palin has assembled a legal team that has been involved in some of the biggest media trials in recent years.

Her lawsuit against the Times was filed by Ken Turkel and Shane Vogt, Tampa-based attorneys who represented Hulk Hogan in his successful invasion of privacy lawsuit against Gawker last year. Joining Turkel and Vogt for the appeal will be Libby Locke, who represented a University of Virginia administrator in a lawsuit over Rolling Stone's discredited story about an alleged rape on campus.

"Gov. Palin has a strong case against the New York Times, and we are confident about our appeal in the Second Circuit," Locke said. "We are really looking forward to teaming up with Ken Turkel and Shane Vogt on Gov. Palin's behalf."