Sanford's economic development plan was a 'Prelude to Progress' 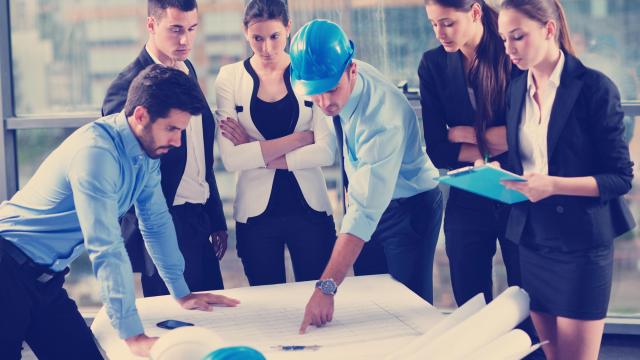 All around the country, small towns are suffering, either from the loss of younger generations to the city or from once prosperous industries relocating. This phenomenon is reflected in national headlines all the time, but some cities are resisting the trend.

Sanford is one of these cities, recently attracting a major half-billion-dollar investment from manufacturing giant Pfizer, for example. Its success isn't a happy accident however — even before the Great Recession, community leaders were plotting a revitalization. Their efforts resulted in its Prelude to Progress plan, a multi-year campaign to reinvest in Sanford that has been, by most accounts, a huge success.

"We just felt like our community wasn't put in the best position to attract new businesses and residents," admitted Kirk Bradley, the chairman, president and CEO of Lee-Moore Capital Company and board chair of the Sanford Area Growth Alliance. "The earliest meeting in earnest was in January of 2008. We kind of knew what worked and what needed improvement."

Those initial meetings culminated in an assessment of the strengths and weaknesses of Lee County and Sanford. There were eight different metrics measured, and the final scorecard tallied many Cs or C minuses. To get the full backing of the community behind the plan, the group passed everything on to the local government, hoping the roster of elected officials would act on the information.

"They didn't," said Sanford Mayor Chet Mann. "Our leadership was in a kind of rut in our opinion. A group of us were trying to find some good people to run. My family's been here since the 1900s, my grandfather served as mayor in the '60s. I had it in my blood to give back to the community and serve. I couldn't sleep well at night knowing what needed to be done, and I felt I had some of the answers."

This culminated in Mann's successful election in 2013, and the alignment of the private and public sectors in a unified direction. Sanford needed to take action to redefine itself as a business-friendly city with growth in its future. The Sanford Area Chamber of Commerce merged with the Lee County Economic Development Corporation to form SAGA, and from that point on it was full steam ahead.

"We kind of won with a mandate," Mann said. "When we shared the vision, it became easy to adopt. When you're transparent, and you get these plans in place, we didn't have a whole lot of opposition. The public-private partnership has really made a difference. When you bring these collective stakeholders together, you get their money and talent matched with your staff. The vision and collaboration and buy-in is why we were fast-tracked."

Since 2013, Lee County has seen major growth, with unemployment shrinking as the tax base increases. Sanford saw reinvestment in the downtown area through a robust bond project, making it a destination for all residents and visitors alike. Additionally, an investment and incentive policy was adjusted, bringing more businesses into town.

"Look at our tax base then versus where it is now. Look at the quality of life now verse six years ago," Mann said. "This whole thing is about economic development, but I wanted to make sure it benefitted all citizens. We couldn't leave anybody out."

So much growth has happened since 2013, it would be easy to assume that the Prelude to Progress has run its course. But the foundation laid by investing in Sanford and its people has the potential to provide growth and momentum for decades to come.

"We feel like we've put ourselves in a great position for the next decade," Bradley said. "Just because you've put everything in place doesn't mean it's going to happen, you've got to have all the stakeholders. It takes a sort of steady systematic approach to put the building blocks in place. We're poised for even greater success [for the year ahead]."