The second and third children of 10 children, “the twins,” grew up on a dairy farm near Lena, Wisconsin, where they spent their youth milking cows, growing crops and finding a little time for high school sports. 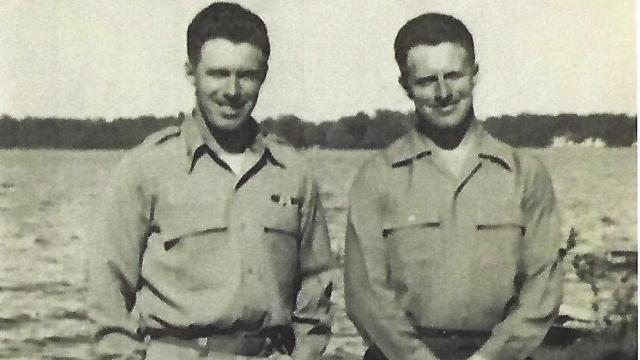 The initial family included four boys and two girls. Their mother, Ann Maloney Gilles, died from cancer when the twins were 11. Their father, Francis, remarried Susan Lisowe, and had four more boys, completing the family of ten children.

Mark enlisted in the Army on the eve of World War II. Merne, remained on the farm to help his father since he was ineligible for military service due to an arm fracture.

Mark became an officer in the Army Air Corps and piloted B-17s on 32 bombing missions over Germany and other parts of Nazi-controlled Europe, to include two “tactical” missions on D-Day in support of the allied invasion operations. 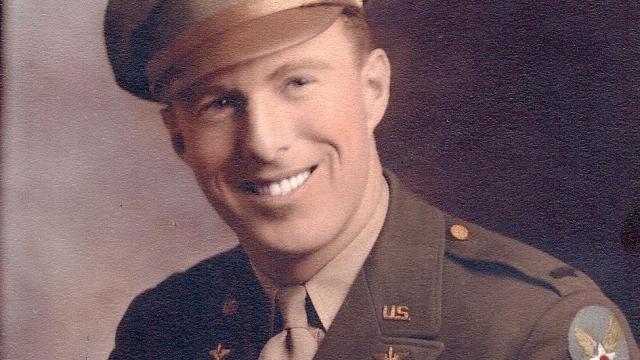 He flew over 5,000 hours and moved 14 times to Air Force bases in the Pacific and across the U.S. His Air Force career included three bomber squadron commander assignments, which spanned the perilous Cuban Missile crisis, when his nuclear-armed bombers were on highest alert.

Upon retirement as a Lt. Col., Mark became a regional director of a life insurance company that serves military officers and their dependents.

He now lives independently with his wife, June, in their Sanford home where they just celebrated 75 years of marriage on Oct. 21. 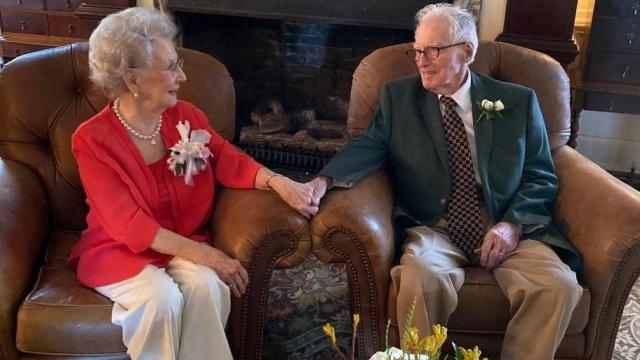 “I thought she was the most beautiful person I had ever seen, and so this little old farm boy decided I should go check that out a little bit and that started the whole situation,” said Mark.

Merne took over the family farm in 1948, which eventually totaled over 750 acres. Merne was an active leader in many civic and professional organizations.

Merne’s wife, Claire, passed in 1993 and his second wife, Betty, passed in 1998. Merne lives in his Lena, Wisconsin home with some assistance from family.

Merne is very proud to have spent his life as a farmer “feeding the people.” Recently, and with a little help, he climbed up into the combine one more time and did a few laps in the corn. Family members gathered in Lena on Dec. 7 to celebrate the centenarian.

Mark stressed eating well and not drinking too much alcohol can lead to a long life.

He thinks it's hereditary, too.

Good genes. And a beer a day.

The twins lived very different lives, however, growing up on a northern Wisconsin dairy farm instilled a great work ethic and steadfast values. Both derive great joy in reading and sharing their stories and hard-earned wisdom.