Sanford 'STEAM' school builds on the old to create something new 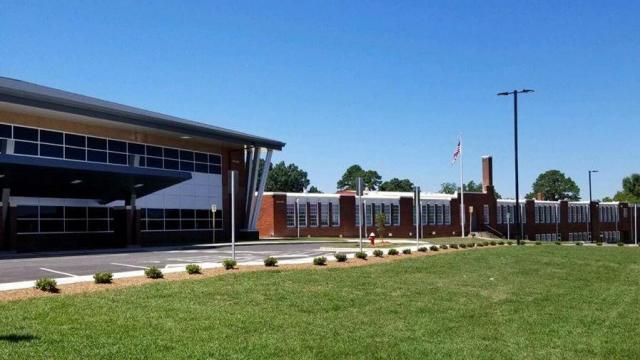 Sanford, North Carolina, 1950. The air is sticky with the remnants of summer. Students crowd into the hallways of W.B. Wicker Elementary School, a historic Julius Rosenwald school built in the 1920s and constructed to specifically serve black students in the Lee County area.

For alumna Margaret Murchinson, those days in the halls of W.B. Wicker feel as if they were just yesterday.

"I started in the first grade, which was 1954, and I went there until I graduated in 1966," Murchinson recalled. "Wicker is a special school. I'm president of the alumni association now, and I could never say enough good things about the teachers, the support staff, the cafeteria workers, the janitors, the maintenance people, and our principal and assistant principal. They molded us into the kind of people we are today."

Although the school was shuttered in the 1980s, significant growth in other local schools led the Lee County School Board to consider reopening the building. A number of major renovations were made in order to transform the school into a STEAM institute — which focuses the curriculum on science, technology, engineering, arts and mathematics — but the board took care to preserve a number of the school's original qualities.

"We renovated the original part of the campus and then built a new section, which was a two-story building," said Andy Bryan, superintendent of Lee County Schools. "We also renovated the gym and the auditorium that was built in the 1950s, then connected those elements together architecturally, uniting the past and present to create what we think is a remarkable school."

Since the school is focused on promoting a STEAM curriculum, several of the renovations are geared toward maximizing those learning opportunities for students, including creative "maker spaces," a dance studio, a 700-seat auditorium, an art room with a pottery kiln and an outdoor learning lab.

"Citizens, parents and students have been impressed with the facilities that we offer, and are also very pleased with the welcoming atmosphere that we have at the school," Bryan said. "I believe we have done a good job with turning this project into something that not only pays respect to the past, but prepares students for success in the future."

Bryan is right. In addition to all of the modern bells and whistles, the school still has a firm foot planted in the past, recognizing the foundation that the original W.B. Wicker was built upon. In fact, the school board often sought input from the alumni association, trading ideas back and forth to ensure the history of the school was being wholly respected and incorporated.

This past summer, perfectly timed with the opening of the school, the alumni of the original W.B. Wicker gathered together in Sanford for their biennial reunion. With renovations complete, the former students were able to take a literal stroll down memory lane, getting a firsthand look at how much their old stomping grounds had changed.

"It was like a dream come true," Murchinson said. "We have a museum in the school that you can go back to that's like a time capsule, and you can see things from when the school first opened to where it is today. All of the students and teachers were as happy as when we were there, wearing the blue and gold T-shirts like we used to."

Added Bryan, "It's overwhelming and emotional to watch former students walk into the school, but particularly the auditorium. I've been able to take people on small group tours of the auditorium, and it brings them to tears. They're awestruck at the memories — it just takes them back in time."

After officially reopening this past August, the hallways of the school have welcomed approximately 700 new students, 500 of which live in the school's district, and 200 of which attend through a lottery system. With the capability of serving 1,000 students, W.B. Wicker and its innovative curriculum will be available to Lee County students regardless of where their home is located.

Ever since the initial idea to reopen W.B. Wicker was proposed, the Sanford community has rallied behind the effort, particularly organizations like the Lee County Government, the City of Sanford, the Town of Broadway and the Sanford Area Growth Alliance. In Bryan's opinion, this is indicative of a larger trend of growth that has spread throughout the community.

"There is a synergy right now in our community with economic development and community betterment. I think people can see it, touch it and understand that there are very positive things going on here," Bryan said. "In 2015, the Board of Education saw that opportunity and the beginning of this renaissance, and felt that W.B. Wicker could be part of that."

Although the new W.B. Wicker is still in its first year, the energy and support of the town, the students, and the alumni have set the school up for success, building on the old to create something new.