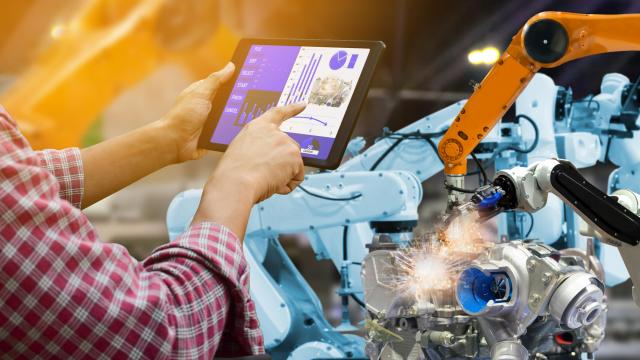 From its inception, the City of Sanford has relied on manufacturing, making a name for itself in North Carolina and beyond. Founded at the crossing of two railroads, the town has a long history of taking advantage of the surrounding natural resources to thrive and carve out its industrial success.

"The northwest two-thirds of the county is clay soil, so it's not great for farming large tracts," explained Bob Joyce, the economic development director of the Sanford Area Growth Alliance. "When the railroads crossed here, we took advantage of what we did have, which was timber. We started making windows and doors. And because of the clay, we were an early manufacturer of brick. As a rural area in the early 1900s, those first business owners had to work hard to find markets and that accounts for much of our success."

That success continued throughout the decades.

Sanford was known for making work clothes and blue jeans during the Great Depression; as well as processing tobacco and manufacturing fine furniture. During World War II, manufacturing increased to support the war effort. But by the early 1970s, the town suffered an economic lag. Community leaders responded and put a plan in place to diversify the local economy, which continues to pay dividends today.

"In the '80s and '90s, we recruited about 50 industries. That diversification formed the basis for what we have today," Joyce said. "We recruited GKN to make automotive components, Moen, WH Rohrer pharmaceuticals, Carter Carburetor (now Magneti Marelli) makes fuel assemblies. We attracted Pilgrim's Pride and Tyson Foods. Our community became a jobs magnet for the surrounding region."

Many of the companies that arrived during that time frame still exist in town today, in one form or another. Businesses have changed owners and company names may differ, but the manufacturing foundation has remained strong, attracting major corporate names like Caterpillar and Pfizer. Additionally, there were local start-ups like Frontier Spinning, Static Control and Imperial Freezer.

Lee County boasts more than a dozen companies with more than 350 employees. With so many major names positioned in a single location, many smaller, more specialized companies have sprung up to serve the specialized needs.

"Being able to do what we do locally, we're able to learn from [large companies], network with them," said Jerry Pedley, owner of Mertek Solutions, a robotics manufacturer in Sanford that focuses on machine design, automation and consulting. "You learn from others by networking with them. We, as Mertek, have machines all over."

The combination of smaller companies with major corporate names has created a unique synergy in the town's workforce, with employees bouncing between different busy periods to help fulfill demand.

"At Coty Cosmetics, they have a big summer seasonal workforce to pack Christmas orders. At Arden, they make outdoor patio cushions sold in Lowe's, Target and Home Depot. Their big seasonal push is in the winter. So, workers move between plants," Joyce explained.

There's also a demand for highly skilled workers at many of the local manufacturers. The community is tackling the demand head on with several targeted efforts to get students interested in manufacturing at all ages.

For younger students, the community hosts Manufacturing Day in early October. Students and parents are invited for tours of the modern facilities.

For college-aged students, Central Carolina Community College offers a variety of focused programs of study that can be completed in just two years.

"Our community college has a unique course of study in laser photonics," Joyce pointed out. "These kids find jobs in fields that vary from medicine to manufacturing as technicians in fiber optics, robotics and biophotonic medical equipment programming. Starting salaries begins at 40K and some, depending on credentials, are earning as much as $60,000."

With more companies looking to Sanford as a possible area of expansion, the need for skilled workers will only continue to grow. But the national conversation sometimes paints a darker picture of the future, one where manufacturing is no longer the source of income it once was for so many people.

Pedley argues the engineering skills successful manufacturing students and employees are learning and honing today will still be relevant, it's just that we can't predict what those jobs will exactly look like.

Sanford's history will always be rooted in "making" and manufacturing. Though it looks a bit different today than it did decades ago, manufacturing continues to be a foundational element to the city's economic success.

With the recent announcement of Pfizer's half-billion-dollar gene therapy research and manufacturing facility and Kalyani Group's $200 million next-generation forging and machining operation, Sanford appears to be on the cutting edge of manufacturing success for the future.