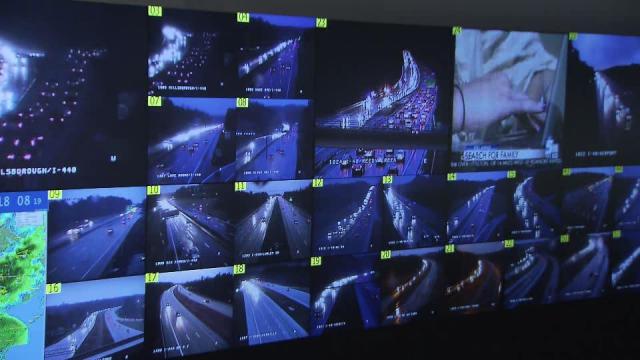 Raleigh, N.C. — State emergency management officials got to break in North Carolina's new $53 million emergency operations center on Saturday as they monitored Hurricane Sandy off the coast and prepared for any recovery efforts.

The the 237,000-square-foot facility off District Drive in west Raleigh opened in February, and Sandy is the first large-scale event officials have had to face since then.

"We're working very close with the local governments in 40 eastern North Carolina counties about any problems or issues they have and support they need from the state," said Doug Hoell, director of the state Division of Emergency Management.

Emergency crews are already stationed along the coast, including five dozen National Guard troops at an armory in Washington, to help clean up damage left by the storm. Others responders remain in the Triangle on standby.

Inside the operations center, emergency management officials watch banks of monitors with weather and traffic data as they track Sandy's path. The forecast for the system to explode over Mid-Atlantic states as it collides with a front means that the hurricane is more than a coastal event, Hoell said.

"It's also going to create some winter weather inland," he said. "It's going to be bad weather for the next several days."

Hoell and other state officials urged residents across eastern North Carolina to view Sandy with caution.

"I think it's very important people pay attention to this storm and take it very seriously," he said. "Even though it is a Category 1 storm, it is a very large storm. It is going to create storm surge problems, and there are going to be issues that have to be dealt with."