Sandbox Band to perform at benefit for Sassafras All Children's Playground 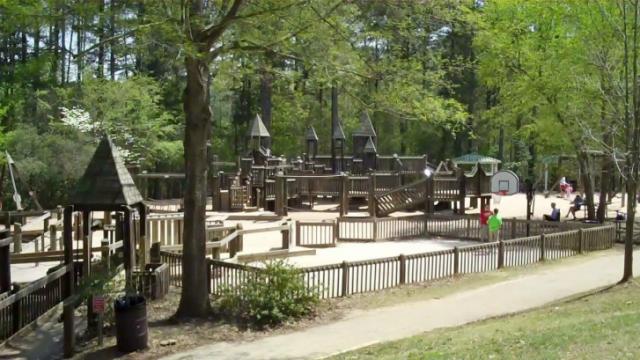 A quick note to share that the Sandbox Band, a popular local band for kids and families, will be playing a special benefit concert for the Sassafras All Children's Playground in north Raleigh this month.

It's 3 p.m. to 4:30 p.m. March 20 at Laurel Hills Community Center, 3808 Edwards Mill Rd. not too far from Crabtree Valley Mall. Tickets will be on sale at the door for $5 per person. Kids ages 2 and under are admitted free.

The Sandbox Band plays a mix of old children's favorites and originals. They joke around with each other on stage and invite the kids to dance and get involved. It's always a fun concert.

Sassafras is planned to replace the aging All Children's Playground, which opened 20 years ago. The new version would be designed to allow kids of all abilities to play at the same time. Right now, city parks staff and volunteers are working to raise the $2 million needed to build the playground.

You can learn more about the project on its website. Read some earlier posts about both Sassafras and the Sandbox Band in the box above.