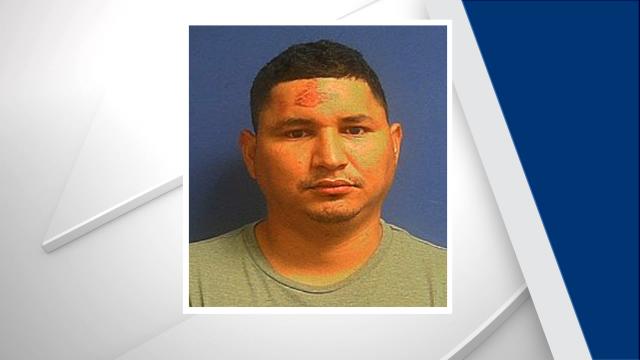 Faison, N.C. — A Sampson County man was charged with murder Thursday, three days after investigators were tipped off about a body buried in a wooded area of Faison and people chasing a possible suspect, authorities said.

The body of an unidentified man was found Monday partially buried in the woods off Lopez Lane, authorities said. The body has been sent to a medical examiner for a positive identification and to determine the cause of death.

Relatives of the dead man told Sampson County deputies that they chased a suspect but that they lost sight of his white vehicle on Cabin Museum Road outside of Turkey.

The vehicle was discovered later Monday, partially submerged and heavily damaged off of Old Warsaw Road outside Turkey, authorities said. The State Highway Patrol and the Turkey Fire Department assisted with the recovery of the vehicle.

Investigators interviewed witnesses and developed probable cause to obtain a murder warrants against Gustavo Adolfo Alvarez.

Alvarez, 25, of 124 Lopez Lane, was being held Friday without bond in the Sampson County jail.