Dunn, N.C. — Monday was a much quieter day on the Sampson County property where just three days ago law enforcement officers were detonating explosives at the same site where a big explosion early Friday morning left two SBI agents hurt.

Tim Luper received second-degree burns and dislocated his shoulder during the explosions, while Brian Joy suffered third-degree burns. Both agents are expected to undergo surgery Tuesday.

A GoFundMe account has been set up to help both agents, and it has raised nearly $15,000 for the pair.

He was being held Monday at the Sampson County jail under $151,000 bond. He is expected to return to court on Aug. 29.

Both agents were at the North Carolina Jaycee Burn Center for medical treatment.

Friday's explosions were the culmination of run-ins with law enforcement officers that began over a year ago.

According to court documents, deputies found Tyndall and his girlfriend, Madison Johnson, sleeping in a car in May 2018. The car was searched, and investigators found a pipe bomb and drugs.

So why didn't this raise any red flags about Tyndall, and did investigators think about searching Tyndall's home at that time?

"Uh, not really, you know," Sheriff Jimmy Thornton said. "Everything is on the spur of the moment. It's a judgment call." 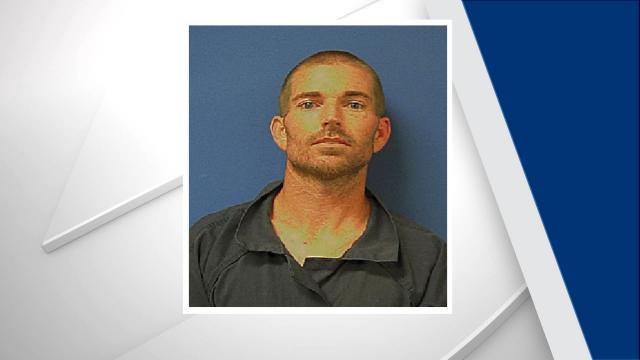 Last Thursday, law enforcement officers stopped Tyndall as he was driving down the road from his parents' house.

He was wanted on an outstanding theft warrant in Harnett County.

His car was searched, and investigators located an explosive device and drug paraphernalia

This prompted them to search the house where he lives with his parents.

During that search, officers found several bombs before the blast that left the two SBI agents hurt.

Luper and Joy took dozens of items in the search, including material used to make bombs and spent explosives.