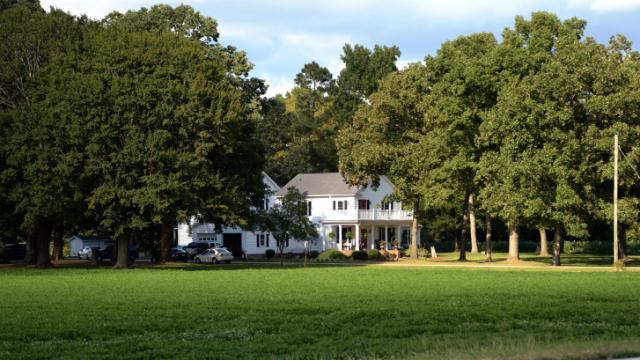 Clinton, N.C. — Sampson County sheriff's deputies said a husband killed his wife Friday morning in Clinton and was found dead of an apparent suicide about 13 miles away.

Deputies and emergency personnel were called to 4901 Old Warsaw Road on the report of a shooting. There they found a woman dead, and investigators identified her estranged husband as a possible suspect, sheriff's office spokesman Capt. Eric Pope said.

Investigators said the woman worked at the home as a housekeeper.

Authorities, acting on threats made against some of the woman's relatives, sent law enforcement officers to schools in the Hobbton and Midway districts and some schools were locked down while deputies searched for the husband.

The man was found dead at 611 Henry Vann Farm Road after about an hour.

Veronica Faison lives across the street. She said she often saw the victim coming and going.

"This normally doesn't happen in our area," she said.

Pope said authorities had yet to determine the cause of death for either the man or the woman and that they were withholding their names until all their relatives could be notified.