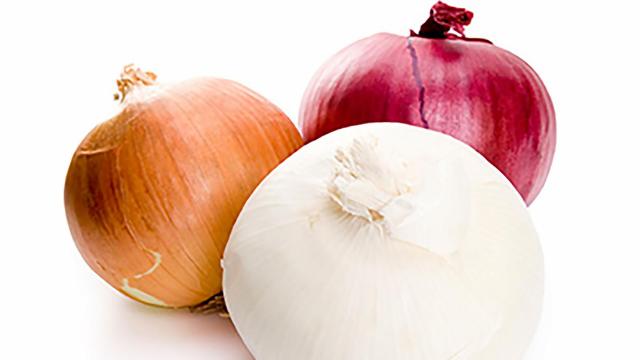 More than 650 people in 37 states have been sickened in a salmonella outbreak linked to imported onions, federal health officials said Wednesday.

The Food and Drug Administration said that an investigation had identified ProSource Inc., of Hailey, Idaho, as a source of potentially contaminated whole, fresh onions imported from the state of Chihuahua, Mexico.

At least 129 people have been hospitalized in the outbreak, according to the Centers for Disease Control and Prevention. No deaths have been reported, the agency said.

ProSource indicated that the onions were last imported Aug. 27, according to the CDC. But the onions can last up to three months in storage and may still be in homes and businesses, the CDC said.

The FDA advised restaurants, retailers and consumers not to eat, sell or serve red, yellow and white onions supplied by ProSource that were imported from Chihuahua from July 1 through Aug. 27, or products containing those onions.

ProSource, which did not immediately respond to a request for comment Wednesday night, has agreed to voluntarily recall the onions, the FDA said.

The onions may have stickers or packaging indicating the brand (ProSource Inc.) and the country, Mexico, where they were grown.

The CDC also urged consumers to throw away any whole red, white or yellow onions they have at home that do not have a sticker or packaging indicating where they are from.

Consumers and businesses should also wash and sanitize any surfaces that may have been in contact with onions imported from Chihuahua and distributed by ProSource, the CDC said.

Salmonella, a type of bacteria, causes about 1.35 million illnesses, 26,500 hospitalizations and 420 deaths in the United States every year, according to the CDC.

Most people with salmonellosis, the infection caused by salmonella, develop diarrhea, fever and abdominal cramps. More severe cases may lead to a high fever, aches, headaches, lethargy, a rash, blood in the urine or stool and, in some cases, become fatal.

A salmonella outbreak from June to October 2020 that was linked to onions caused more than 1,600 illnesses in the United States and Canada, the FDA said. No one died as a result of that outbreak, officials said.

The FDA said an investigation had traced that outbreak back to whole red onions supplied by Thomson International Inc., which is headquartered in Bakersfield, California, and has additional operations in Holtville, California.

Although a conclusive root cause could not be identified, the investigation came up with “a leading hypothesis” that contaminated irrigation water used in a growing field in Holtville might have led to contamination of the onions, the FDA said. This article originally appeared in The New York Times.