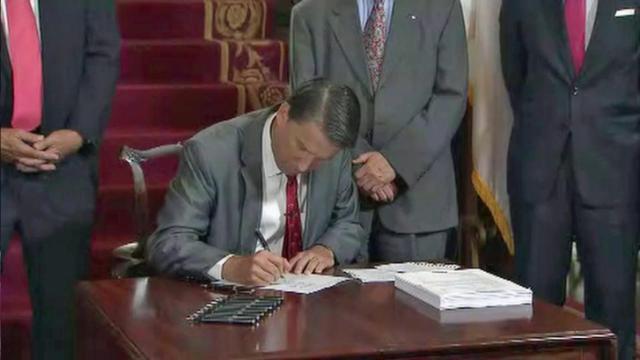 Raleigh, N.C. — The state Department of Public Instruction on Thursday released the 2014-15 salary schedule for public school employees, reflective of pay raises included in the state budget signed into law by Gov. Pat McCrory earlier in the day.

Teacher pay raises will range from less than 1 percent to more than 18 percent, depending on how long a teacher has been in the classroom.

The budget also factors in a supplement for board-certified teachers and continues a pay bump for teachers with master's degrees and those who began work toward an advanced degree by Aug. 1, 2013.