Saint James owner talks explosion, reopening and struggle to get back to normal

Durham, N.C. — Saint James Seafood owner Matthew Kelly was preparing to leave his home for the YMCA on April 10, 2019, when he got the call.

"I got a phone call from one of our prep cooks that said 'the building just exploded,' and then it (the phone) went 'click,'" Kelly told the WRAL Out and About Podcast. "In probably a twentieth of a second, everything is running through your mind."

"We were the new business on the block, so I just immediately assumed it was us," Kelly said, noting that he wrestled with guilt among other emotions at the time.

When he finally got his prep cook back on the phone, Kelly found out that Saint James didn't explode. The building shook, the globe lights that hung from the ceilings shattered, but the restaurant was still standing.

Just around the corner (a few hundred feet away), a three-person crew from Durham-based Optic Cable Technology was drilling horizontally as part of a project to install underground cables when it struck a 3/4-inch gas line in front on Kaffeinate, a coffee shop at 115 N. Duke St. The explosion killed two people - Kaffeinate owner Kong Lee and gas company worker Jay Rambeaut - and injured 25 others.

Kelly was able to go into Saint James to assess the damage three or four days after the blast. He and employees immediately started to clean out as much food as possible.

"With the damage and visibility we had, I thought we could reopen in a month," he said. But with the building being condemned and an investigation into what caused the explosion looming, Saint James' reopening wouldn't be that simple.

"This level of anxiety, a little bit of grief, but anxiety ... money changes. You realize you are not going to be open for graduation weekend, which in Durham is a big thing," Kelly said, noting that he was also concerned for his restaurant's 45 employees who were out of work.

"I balanced bankruptcy. That was on the verge there for awhile. I didn’t really know what was going to happen. Still, balancing that and figuring out how you are going to manage your company and your business after a disaster like this," he said, "there’s just not a lot of answers.

Saint James had been in the planning stages for awhile and was almost located where Mothers & Sons currently stands on West Chapel Hill Street.

The day before Kelly signed the lease for Saint James to establish a home in Chapel Hill, he got a call from the owner of Fishmonger's. 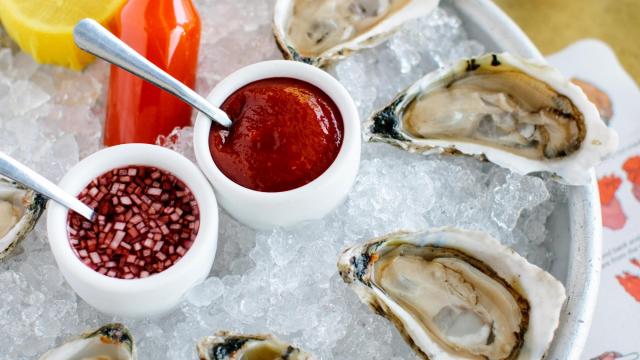 Kelly is used to being getting into the kitchen and working with chefs. After the explosion he was dealing with the world of finances, insurance claims and an uncertain future.

"It definitely got dark for a little bit and just waiting for the restaurant to open, looking for that normalcy is all we really wanted," Kelly said.

During the past nine months, Kelly said he and the staff took time to review suggestions from diners. He said there will be some menu changes, including a steamed lobster dinner, when Saint James reopens on Thursday.

Expect the same globe lights to be hanging from the ceiling and a fresh seafood selection sitting in ice at the bar.

It will be a return to normal for Kelly and his staff - nine months after the Bull City was rocked by tragedy.

"It was definitely a day I don’t want to let define my career in any way," Kelly said. 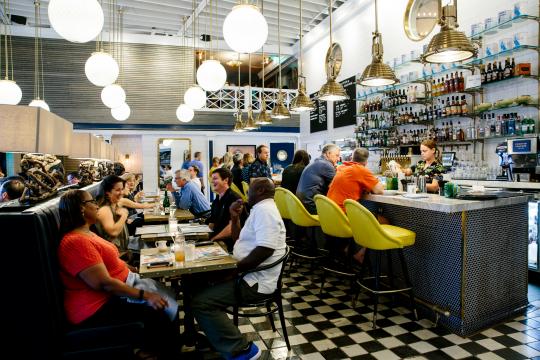