Haiti — A group of 36 Triangle residents is safe, but their mission work in Haiti is on hold after riots there prompted the U.S. Embassy to urge American visitors to the island to shelter in place. 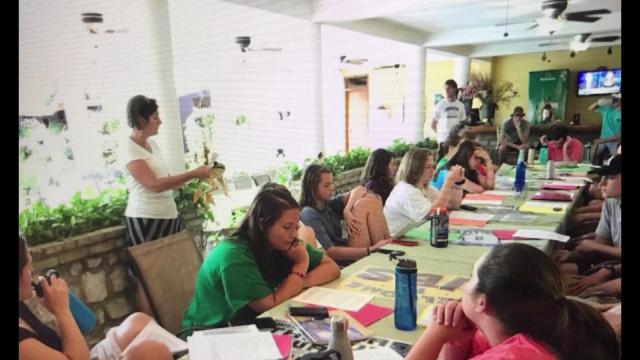 After the Haitian government announced plans to raise gas prices in the impoverished nation, people took to the streets, looting, vandalizing and burning buildings in the capital. The violence got so bad over the weekend that American airlines suspended flights, stranding a Raleigh surgeon and his son.

"You would have to say it was kind of two trips, because the first half of the trip was just amazing," said Dr. James Collins, of Clayton.

Collins, his son, UNC pharmacy student J.B. Collins, and 20 others spent last week on a medical mission in Haiti before finding themselves caught in the middle of the riots.

A strike, led by mini-bus and taxi drivers, had most businesses closed through the weekend in the capital of Port-au-Prince.

The drivers for the Collins group stepped in to escort their charges out of the chaos.

"They arranged for some local people who were part of a local gang on motorcycles to escort us," James Collins said. "It was like something out of a movie. They would jump in front of these cars and physically get them to move out of the way."

The Collinses saw their return flight canceled but returned to Miami Sunday night.

“This was supposed to be their fun thing for the summer, something they felt was important to do to help other people,” wife and mother Shelly Collins said.

She learned via FaceTime what her husband and son had seen. 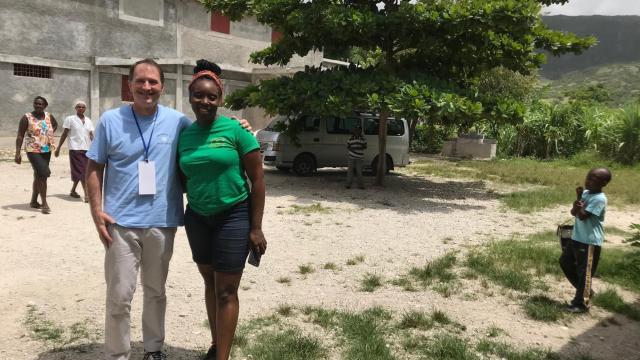 Despite the scare, James Collins said he found Haitians to be gracious, and he plans to return to the island.

The group from White Memorial Presbyterian Church was still there Monday, hunkered down and waiting it out.

"On Saturday and Sunday their schedules changed," said Gary Fulton, associate outreach pastor. "They stayed in the hotel, obviously, but they have continued to plan other activities for the week with the hope that they will be able to get out."

Fulton said the church had been planning for the $50,000 annual trip for much of the year with their partners on the group, the Haiti Outreach Ministry, and that they worked together to assure the participants' safety.

"As of today they are still in the hotel," he said Monday. "It is frustrating for them, but they are safe and that's the priority."

The White Memorial Presbyterian group hopes tensions simmer down so they can pull off a planned week of vacation Bible school classes.