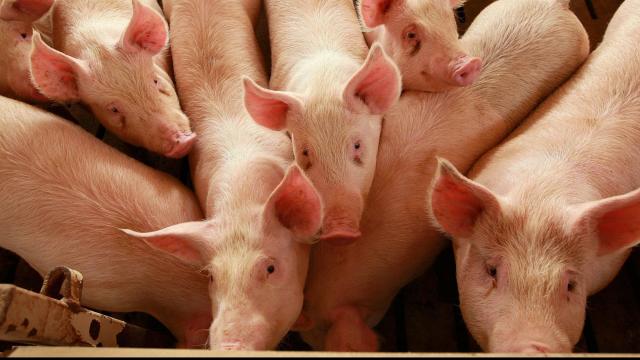 North Carolina’s hog industry won over the public interest in the General Assembly last week, but it’s not too late for Gov. Roy Cooper to act. The legislature amended SB 315, the NC Farm Act, to make swine farmers’ public records exempt from public inspection and codify a new loophole in the longstanding swine waste lagoon and sprayfield moratorium.

It’s a one-two punch that would shroud polluting farms in secrecy while allowing them to expand for the first time since 1997. The governor can still choose to veto.

The bill makes public records regarding swine farms confidential. It also removes the ability of the public to request records from local soil and water conservation district offices, even though the public pays taxes supporting the programs and personnel of the districts.

The public needs access to the kinds of records this bill seeks to hide, records that plaintiffs used in the past to win court victories holding both government and industry to account. Unless Gov. Cooper vetoes the bill, SB 315 will drape another shroud of secrecy over swine farm operations.

The records that SB 315 would make confidential have been instrumental in holding this powerful industry accountable. In 2019, neighbors of large swine farms were able to take Smithfield subsidiary Murphy-Brown to trial for damages to their property rights caused by the nuisance conditions they suffered. At trial, plaintiffs used swine farm public records to make their case.

The farm records in question have broad significance. In 1983, the U.S. Department of Agriculture had shuttered its civil rights office even while complaints filed by black farmers who were denied access to USDA programs built up. The black farmers’ complaints won out using public farm records, leading to the largest civil rights case settlement in United States history. Reviewing government records shows how stark inequities persist to this day. For example, between 2012 and 2017, black-owned farm size in Duplin County decreased 20 percent while the annual sales of swine in Duplin County increased by more than $64 million.

But that’s not all. SB 315 also removes the requirement that permits for new hog waste lagoons and sprayfields can only be issued to farms that meet or exceed the environmental performance standards set by the very first moratorium over 20 years ago.

Political influence from hog industry players is nothing new. Legislators like Wendell H. Murphy, Jr. pushed exemptions to sales tax, environmental rules, zoning power and more, which promoted explosive growth in larger swine facilities throughout the 1980s. After Murphy left the legislature, he became a major political donor. The primary sponsor of SB 315 in the state Senate, Brent Jackson, got donations from Murphy every two years from 2010 through 2018. Jackson has also raised more than $225,000 from N.C. Farm Bureau, N.C. Pork Council and large livestock owners.

These interests strongly influenced state lawmakers. In 2018, the General Assembly passed legislation to deprive nuisance victims of property rights they enjoyed under the common law since before North Carolina was a state. The sponsors rushed the bills through without public notice and opportunity to comment. These stealth tactics empower industry lobbyists and deprive the public and media from any opportunity to scrutinize the law-making process in real time.

SB 315 is now on Gov. Cooper’s desk. If vetoed, public records will stay public and a new lagoon and sprayfield loophole will be closed. SB 315’s swine farm provisions harm our natural environment and our government accountability.