GAIL COLLINS: Ruth Bader Ginsburg knew what to do with her time 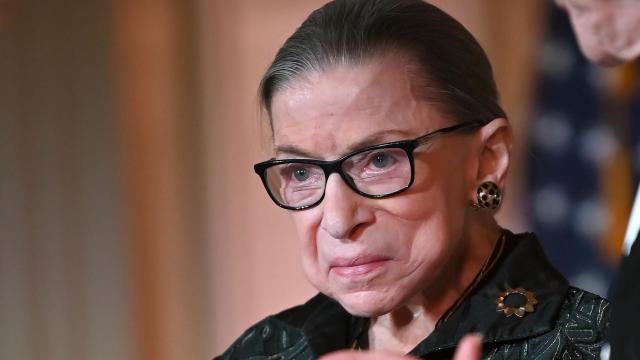 EDITOR'S NOTE: Gail Collins is a New York Times columnist, former member of the editorial board and was the first woman to serve as the Times editorial page editor.

“Now I happen to be the oldest,” Ruth Bader Ginsburg told me in 2015, when she was still 81 and I was asking her about retirement for a piece in this newspaper. “But John Paul Stevens didn’t step down until he was 90.”

She was good at extending the deadline. For a long time, she would point out that Justice Louis Brandeis didn’t retire until 82.  Then, when she approached that mark, she found a new goal post.

Now that she’s gone, the world is talking about her achievements as the defining liberal light in the Supreme Court in the Trump administration. But naturally the age thing comes up as well.

Lots of liberals urged her to retire during the administration of Barack Obama, so the president could nominate a successor who reflected her principles. You saw lots of opinion pieces with headlines like “Justice Ginsburg, Resign Already!”

Her argument was that it never would have worked. “And who do you think Obama could have nominated and got confirmed that you’d rather see on the court?” she asked.

Well, nobody. But even some of her fans wondered if she shouldn’t step down just to make way for a sane moderate.  Then in 2014, Republicans won control of the Senate, and there was nothing left to discuss. Mitch McConnell slowed the process to a crawl.  The whole point was to pile up a huge stack of nominations for the next Republican president to fill.  Even when the pile began to seem shocking, McConnell never had a shade of a doubt that his job was to refuse to let the system work until the Republicans controlled it.

After Antonin Scalia died, Obama picked the most moderate, acceptable-to-everybody justice in sight, Merrick Garland.  McConnell never even let him have a hearing.

And Ruth Bader Ginsburg, understanding this part very clearly, hung in there. Through colon cancer, pancreatic cancer, a coronary stent and two tumors in her lung.  She was down to 100 pounds and even those defiant workout performances were no longer possible.

She must have been at least occasionally tempted to retire and hope for the best. But she knew something about the unreliability of happy endings. And within hours of her death, McConnell made it clear that she was right, vowing to push for a vote on a successor while completely ignoring his argument, during the Obama years, that the Senate shouldn’t consider any new justices during the last days of a presidential administration.

The second woman ever appointed to the Supreme Court, Ginsburg was great friends with the first woman, Sandra Day O’Connor. O’Connor, a Republican appointee, was famous for her moderate philosophy, her willingness to go with either side.

O’Connor retired at 75 to spend more time with her husband, John. He was suffering from Alzheimer’s disease, and O’Connor wanted to make his last years as full of companionship and good times as possible.

But there wasn’t any time. John O’Connor deteriorated much faster than his wife had expected.  “John was in such bad shape she couldn’t keep him at home,” Ginsburg told me.

It was a lesson, maybe, in how even the noblest motives aren’t always enough reason to throw in the towel.

Ginsburg kept fighting and working in part because she knew she was playing a major role in history. She came up as part of that first generation of women who proved they could mix families and careers, who stunned the authority figures in even the most demanding parts of their profession with their determination.  While she was in law school at Harvard, her husband came down with testicular cancer.  She went to his classes, brought him back notes, took care of their little girl ... and made the law review.

When she was old and frequently sick she still kept on keeping on. Her worries about problems with naming a successor were real. But there was also just the way she lived her life.  There are some American heroes who never do appreciate the concept of taking it easy.

She avoided retirement in part because it was just her character to always continue fighting. I’ll bet if Hillary Clinton — or any moderate Republican — had won the last election, Ginsburg would have still wanted to hang in there.  But we’ll never know.  She was certainly a total realist about the prospects of President Donald Trump picking a middle-of-the-road successor.

This is the moment the Republican right has been waiting for. When we celebrate the amazing achievements of Ruth Bader Ginsburg’s life it’s impossible not to also regret that the ending came when it did.

“My most fervent wish is that I will not be replaced until a new president is installed,” she said right before she died. Ours too.