Russian couple at center of FBI raid in court, wife released without bond

Raleigh, N.C. — The couple at the center of an international money laundering and murder-for-hire case appeared in federal court again on Tuesday morning in Raleigh.

Investigators say Tatyana and Leonid Teyf profited off a $150 million kickback scheme involving a contract with the Russian military and used the proceeds to purchase their multimillion-dollar mansion.

Since December 2010, the couple opened at least 70 financial accounts at four different banks, and wire transfers show money coming into the couple’s bank accounts from countries known to launder money, including Belize, the British Virgin Islands, Panama and Seychelles. Investigators said the Teyfs bought hundreds of thousands of dollars’ worth of luxury cars and more than $2.5 million worth of art.

In February 2018, Leonid Teyf told a confidential source that he believed his wife had been involved in a romantic relationship with their housekeeper's son. Teyf told the informant that he wanted to pay someone to get the son to talk and then have the son overdose on drugs.

Leonid Teyf then said he wanted the son deported because, if he was back in Russia, “he would be buried already." The plan was to plant $15,000 worth of narcotics in the son's vehicle so that he would be arrested and deported.

During this time, Leonid Teyf hired a private investigator to follow the housekeeper's son. Last week, that investigator, Stephen Myers, was charged with cyber stalking and felony possession of a controlled substance. 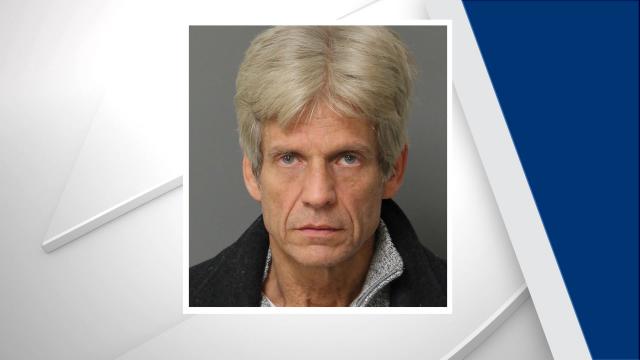 A search warrant released Tuesday reveals that Teyf hired Myers to put GPS tracking devices on the cars of Teyf's wife, their eldest daughter and the housekeeper's son.

According to the search warrant, Myers admitted he is not registered as a private investigator.

On Tuesday, Tantyana Teyf was released from jail without bond.

Her attorneys said she is a domestic violence victim and could be in danger if her husband is released.

“I understand it was volatile. There were accusations of domestic violence. Mrs. Teyf showed the agent scars on her head she said she received from beatings by Mr. Teyf," said FBI Agent Dennis Kinney.

On one occasion, Kinney said, Leonid Teyf lit clothing his wife was wearing on fire.

During court, investigators revealed they had searched a condo on Glenwood Avenue that Leonid Teyf owns and has used as a safe house. It is where he kept the money used to pay people off, along with all of his weapons, including AK-47s and a SKS, a Soviet semi-automatic rifle.

Kinney testified that, “there were hundreds of rounds of ammunition that we located in that safe.”

Kinney also said that Leonid Teyf had a plane ticket to go to Russia on Dec. 15 and that he had a job possibility there, and there was a good chance he wasn’t coming back.

Teyf has citizenship in Israel and Russia, and he also has traveling visas from Belarus, the U.S. and Serbia

Leonid Teyf's attorneys said that, if he is released, his 18-year-old son, Grigory, would be his custodian.

When Grigory Teyf took the stand on Tuesday morning, he admitted to having $15 million in three bank accounts that his father had opened for him prior to going to jail. He also admitted to being an interpreter for his father. At that point, the judge stopped the hearing and recommended Grigory Teyf hire an attorney.

The judge denied the release of Leonid Teyf, saying he was a danger to the community