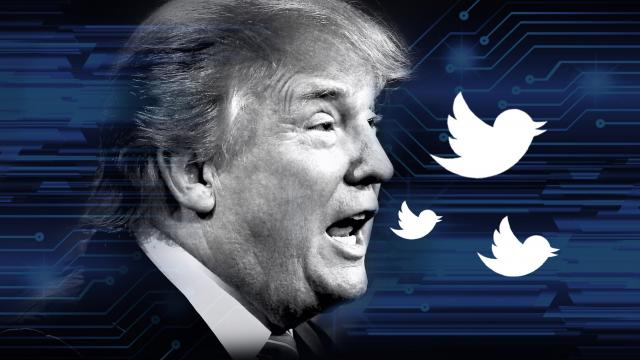 The 50,000 automated accounts the company determined had ties to Russia sent more than 2 million election-related tweets between September 1 and November 15, 2016.

The accounts retweeted then-candidate Donald Trump 10 times more than they retweeted his rival Hillary Clinton, according to Twitter's written statement to the committee. The accounts were responsible for 4.25% of all retweets of Trump's account in the last weeks of the election campaign and in the days immediately following the vote.

Twitter stressed throughout the report that the behavior of the accounts in question represented "a very small fraction of overall activity" on its platform in the lead-up to the election. The 2.1 million tweets sent by the automated accounts represented 1% of election-related activist tweets on its platform, Twitter said.

Twitter, along with Google and Facebook, late last year appeared before Congress for hearings on Russian efforts to use social media platforms to influence the U.S. presidential election. Twitter's analysis of Russian automated bot activity is the latest correspondence from the company to be released by congressional investigators.

The company also examined how the bots helped amplify content from what it described as "Russian-linked accounts" including @Wikileaks.

When hacked emails from the personal accounts of Clinton campaign chairman John Podesta were first released by Wikileaks in October 2016, it prompted the hashtag #PodestaEmails. The automated accounts were responsible for nearly 5% of all tweets containing the hashtag, Twitter found.

Automated Twitter accounts that retweet or tweet the same thing en masse can create talking points that appear to have more support than they actually do.

Twitter said it examined the timing of tweets and other indicators to determine whether an account was automated.

To establish whether an account was linked to Russia it looked for accounts that were associated with a Russian phone carrier or Russian email address, and whether the user's account name "contain[ed] a significant number of Cyrillic characters" and had logged in from any Russian IP address.

In total, it found 50,258 Russian-linked automated accounts that tweeted about the election in the last two months of the campaign and the week after the election.

The company said that it may not have identified all Russian-linked automated accounts as it said that 12% of all accounts created on the platform hide their location using virtual private networks.

Twitter sent the findings to the Senate Judiciary Committee on January 19.

The 50,000 accounts are in addition to 3,814 accounts the company found that were run by the Internet Research Agency, a Russian government-linked troll group based in St. Petersburg.

Many of those accounts were designed to look like they were run by real Americans and amassed tens of thousands of followers.

Earlier this month, Twitter said it would inform nearly 700,000 Americans they either followed or interacted with one of the Kremlin-linked troll accounts.