Russia vows further retaliation if US moves forward with sanctions 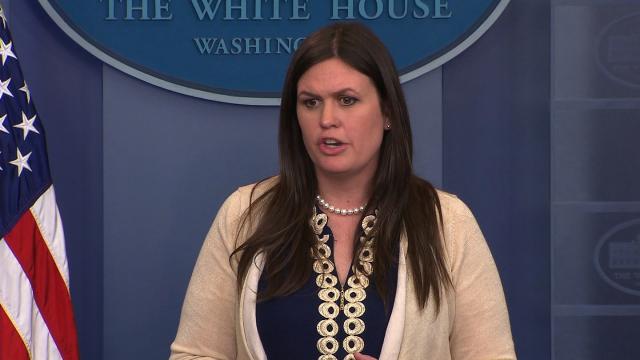 "If the US side decides to move further towards further deterioration, we will answer, we will respond in kind," Ryabkov said on ABC's "This Week." "We will mirror this. We will retaliate. ... But my whole point is, don't do this, it is to the detriment of the interests of the US."

A request to the White House for comment was not immediately returned.

The White House announced Friday night that Trump reviewed the final version of Russia sanctions legislation and plans to sign it. The bill gives Congress new powers to block Trump from easing sanctions against Moscow.

Ryabkov's comments come after Russia demanded Friday that the United States cut its diplomatic staff in Russia and said it would seize two US diplomatic properties in a sharp response to the new sanctions bill.

Moscow said Friday that the US must reduce the staff at its embassy and consulates to 450, the same number Russia is allowed to have in the US. Moscow is also barring Americans from using two diplomatic facilities.

"I think this retaliation is long, long overdue," Ryabkov said Sunday. "After the Senate, the day before yesterday voted, or rather on the 27th of July voted so overwhelmingly on a completely weird and unacceptable piece of legislation, it was the last drop."

The deputy foreign minister would not specify what Russia's plans for retaliation consist of, but said that the country has "a very rich toolbox at our disposal."

"It would be ridiculous on my part to start speculating on what may or may not happen," he said. We are not gamblers ... But I can assure you that different options are on the table and consideration is being given to all sorts of things."

The sanctions bill would slap new sanctions on Russia, as well as Iran and North Korea, and would set into law penalties President Barack Obama's administration imposed on Moscow in December, for its meddling in the US election last year and for its aggression in Ukraine. The bill also would give Congress veto power to block any easing of those sanctions.

Tensions between Russia and the US over the sanctions bill come on the heels of the congressional investigations into Russian hacking into the 2016 election, which US intelligence services have said was an effort to influence the election in Trump's favor.

Russian President Vladimir Putin has repeatedly denied that Russia hacked into the 2016 election - a charge that Ryabkov also denied.

Ryabkov specifically denied that Russia provided damaging information about Hillary Clinton to the Trump campaign: "All the information which we provide to anyone can be easily found in open sources. We are not doing anything to the detriment of the domestic developments or internal affairs of any country, the US included."