There are very few remaining ruins in North Carolina from before the Revolutionary War. Most have been worn away by time, fires, wars and newer developments. However, towards the Carolina coast, you can find the ruins of a mansion that housed two royal governors – including Governor Tryon himself. 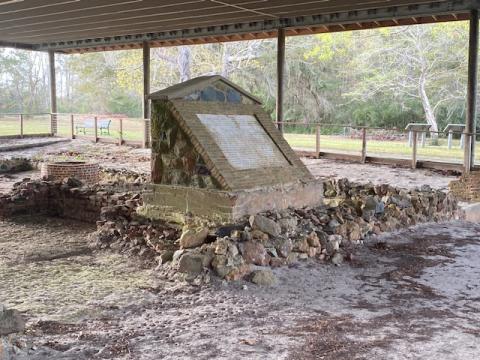 The mansion was built in 1751, decades before the Revolutionary War shook the colonies, and therefore decades before North Carolina or the United States technically existed.

Today, both the town and the mansion are ruins – stony shadows of their former lives, when Russellborough overlooked Brunswick Town, one of the most valuable British colonies. 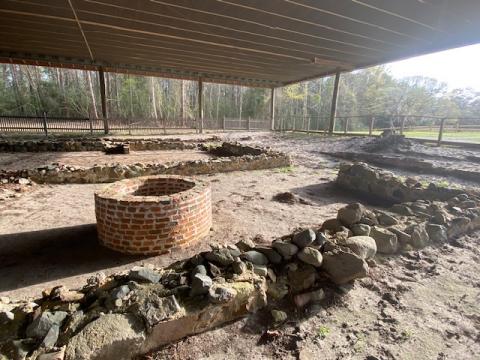 However, if you look closely at the mansion's remnants, you can piece together the home's history.

"By the outline of stone and brick on the excavated ground, though, the house must have once been quite impressive. The stump of a stone fireplace rises from the edge of the far foundation. A round brick cylinder marks the location of an indoor well," writes Chris Mackowski in an article on Emerging Revolutionary War.

The floors, incredibly, have maintained their cobbled texture over more than 270 years of wear. 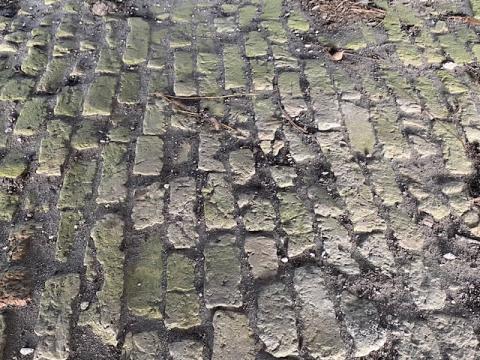 According to site manager Jim McKee, Russellborough also had one of the earliest indoor toilets. The toilet was discovered during an excavation, and it's on display in the nearby museum at the Brunswick Town historic site.

The back corner of the mansion's foundation reveals a short tunnel, which leads a short distance away from the house. McKee said historians believe this may have served as the 'sewer,' indicating rudimentary indoor plumbing decades before this was popularized in the US. 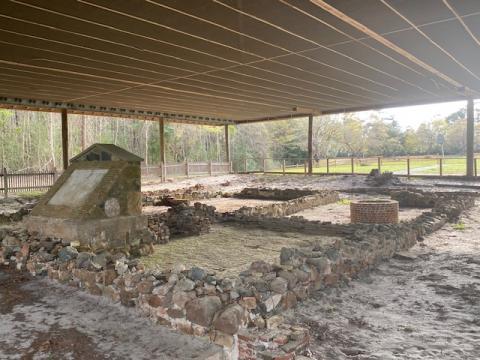 Governor Dobbs was enticed to move to Brunswick Town from New Bern, "presumably to escape high rents and rampant disease."

Dobbs renamed Russellborough "Castle Dobbs" while he was alive.

The name was changed to "Castle Tryon" when Tryon took over in 1765. His description of the home helps paint a picture of how it may have looked:

"Built of wood...it is divided into two stories exclusive of the cellars...the parlour is about five feet above the surface of the Earth. Each story has four rooms and three light closets... There is a Piaza runs around the house both stories of ten feet wide with a balustrade of four feet high, which is a great security for my little girl. There is a good stable and coach houses." 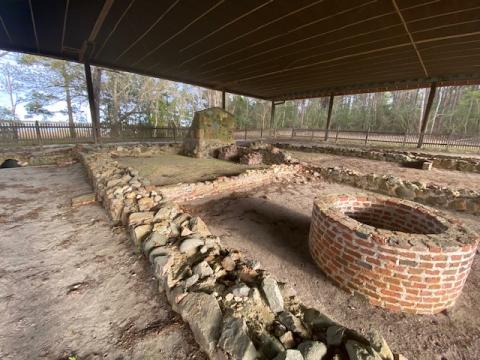 Just as Dobbs had moved from New Bern to Brunswick, Tryon moved from Brunswick back to New Bern, where he lived in Tryon's Palace, which is far more well-known today.

During the Revolutionary War, British troops burned the mansion and all of the expensive furniture inside – along with the rest of Brunswick Town, including the church. 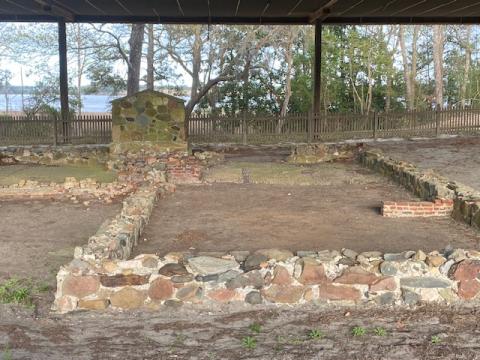