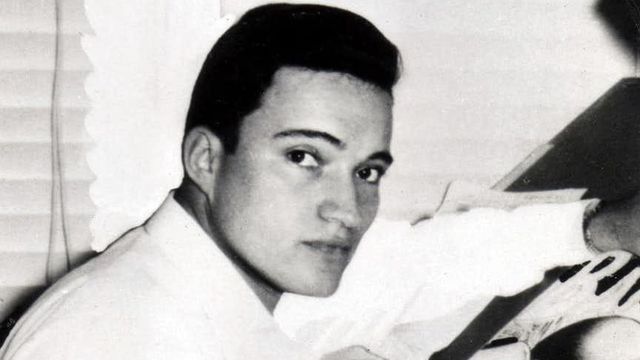 Russ Heath, a prolific comic book artist who was known for viscerally illustrated combat stories — and for either inspiring or being outright copied by pop artist Roy Lichtenstein, depending on whom you ask — died Aug. 23 in Long Beach, California. He was 91.

The cause was cancer, his daughter Sharon Heath Herzel said.

Heath was a versatile artist who began his career shortly after World War II and was still drawing into this century, having worked on series for comics publishers like DC and EC and for magazines like Playboy and National Lampoon.

Although his work included fantasy, he was especially known for his drawings of tanks, planes, soldiers and other real-life subjects. He bought helmets and uniforms from Army surplus stores to use as references and sometimes built models before drawing a piece of machinery.

“Russ may have been the best realist ever in comic books,” comic book writer and historian Mark Evanier said by email. “When he drew monsters and space aliens, they were fine, but when he drew the real world he was so accurate, that was scary!” Other artists, Evanier said, even used his renderings of tanks and airplanes for reference instead of photographs.

A different kind of artist also used Heath’s drawings for reference: Lichtenstein, whose pop art paintings in the early 1960s reproduced and altered images from comic books and advertisements. Some were by Heath, whose influence can be seen in Lichtenstein works like “Whaam!” (1963), a diptych of an exploding plane that is in the collection of the Tate Modern in London, and “Blam” (1962), another aerial combat image, in the Yale University Art Gallery collection.

Both works made considerable use of Heath images from an issue of the DC Comics series All American Men of War, with “Blam” in particular retaining much of Heath’s original look and detail.

The art world, of course, has long debated whether Lichtenstein, who died in 1997, and other artists who worked in this way were creating art or merely copying it. Aficionados of comic book art, who have always felt the work they love has not gotten the proper respect, are especially defensive of Heath and others whose drawings were borrowed; admirers of Lichtenstein say he altered and elevated the source material to transform it into an artistic statement. Art critic Tom Lubbock was one who thought Heath and others deserved more credit.

“The cartoon artists, though highly productive, were not naïve, anonymous hacks,” he wrote in 2004, reviewing a Lichtenstein retrospective at the Hayward Gallery in London for The Independent. “A lot of the innovations in Lichtenstein’s pictures are innovations that they came up with first. They were responsible for adapting the convention of the cinematic close-up to the still image. They worked out the dynamic interaction of image, caption, speech bubble and sound effect. They devised those dramatic compositions from which Lichtenstein’s work gets much of its impact.

“These illustrators, it seems to me, should be co-credited (alongside Lichtenstein) with the paintings to which they made such decisive though involuntary contributions.”

In his 80s, Heath created a six-panel comic that commented on Lichtenstein’s borrowing and promoted the Hero Initiative, a fund that helps comic book artists in need and had assisted him with medical expenses. That comic included Heath’s standard response to the debate over Lichtenstein’s work, which was that he thought Lichtenstein at least owed him a drink. He made the point somewhat more bluntly to The Boston Globe in 2006 for an article that carried the headline “Lichtenstein: Creator or Copycat?”

“He never even had me over for a cocktail, and then he died,” he said. “So I guess I’m out of luck.”

Russell DeHart Heath Jr. was born on Sept. 29, 1926, in Manhattan. His father was a cowboy in Arizona from 1917 into the 1920s and later became a chemical engineer. His mother, Margaret (Longnaker) Heath, was a homemaker. Young Russell grew up in Montclair, New Jersey. His attention to detail in his drawings may have come from his father, who, he said in a 2011 interview with The Montclair Times, used to take him to the movies. Westerns were their favorite, and his father’s time as a cowboy made him an expert critic of the genre.

“He would point at the screen and there would be an actor with a flowery shirt on,” Heath recalled. “He would say, ‘No cowboy in his right mind would wear that shirt.'”

He graduated from Montclair High School, although he admitted he was a somewhat inattentive student.

“I probably flunked a lot of classes,” he said. “I couldn’t wait for class to end so I could draw.”

He enlisted in the Army Air Corps during World War II, his daughter said, and had just finished basic training and was awaiting deployment when the war ended.

He had done some drawing for comics as a teenager, and after working briefly in advertising after the war he turned to comic book art full time.

He worked for Timely Comics, a predecessor of Marvel, mostly on westerns like Two-Gun Kid. As his career went along he began drawing more and more war comics, including work on G.I. Combat for DC Comics.

He also drew suspense, mystery and romance comics, and even the occasional Batman story, although, he said in a 2007 interview, he was not very good at rendering the Caped Crusader. “When I drew him, he looks like somebody standing there ready to go to a costume party,” he said.

His work also included “Plastic Sam!,” a Plastic Man parody, for an early issue of Mad magazine. He drew a raucous parody called “Cowgirls at War” for The National Lampoon Encyclopedia of Humor in 1973.

In the late 1970s Heath moved to California and worked as a layout artist or designer on a number of animated series, including “The Karate Kid” and “G.I. Joe.” And eventually his comic book art gained more respect.

A 2001 exhibition at the New-York Historical Society called “Out of Time: Designs for the 20th-Century Future” included a 1957 black-ink drawing by Heath that was a parody of Sputnik mania. It was a machine that looked like what a satellite and a 1950s car might produce if they mated.

“Part Sputnik, part Edsel, it is a spherical flying machine with fins and antennas and a comically elaborate front bumper and grille,” Ken Johnson wrote in reviewing the show in The New York Times. “This and other satiric images suggest that for every true believer there was a skeptic ready to pounce on the goofy excesses of imagination to which visionaries are prone.”

Heath’s marriage to Joyce Rupp, in 1947, ended in divorce in 1960. In addition to Herzel, he is survived by two other daughters, Arleen Heath Chaidez and Maureen Heath Kosa; a son, Russell DeHart Heath III; six grandchildren; and seven great-grandchildren. Late in life, Evanier said, Heath was sought after by aficionados.

“When he was in his 80s, Russ was commissioned by many of his fans to recreate his best covers of the past in drawings for them,” he said. “They all said they’d rather have that than one of Roy Lichtenstein’s Heath knockoffs.”