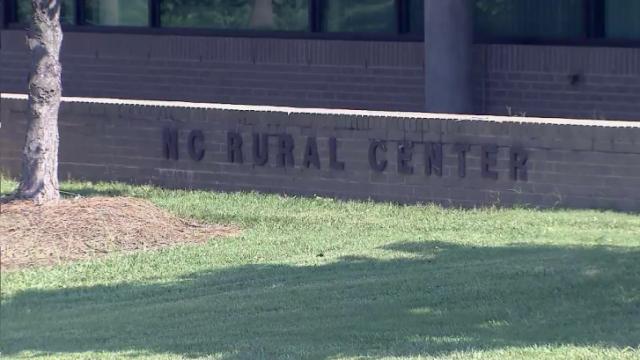 By Cullen Browder and Matthew Burns

Separately, the Rural Center's board plans to bring in a financial consultant to help determine how to handle a $242,000 severance account for former President Billy Ray Hall.

The Rural Center uses state and federal money to provide grants to support business and infrastructure development in 85 North Carolina counties, but lawmakers eliminated its funding in this year's state budget after a critical audit and allegations that political connections played a role in awarding some grants. Auditors charged that the organization doesn't verify that grant recipients use their money for the intended purpose, and they also questioned the high salaries of Rural Center executives.

The state Department of Commerce plans to absorb many functions of the Rural Center, and the nonprofit's board is working to make that transition and determine whether the center can survive on its own.

Board members discussed Wednesday moving forward in a scaled-down fashion that would coordinate business loans in rural communities and provide scholarships and leadership training. Under that plan, it would no longer administer any state grants.

"We're looking at a reduced program and a revitalized center – reinvented – that will be smaller probably by two-thirds," board member Brian Crutchfield said.

The Rural Center has about $11 million in interest income that it could use to launch its new operations, but it's unclear how much of that is already committed to existing grants. Officials said they also hope to partner with the Commerce Department, the federal government and other nonprofits on future projects.

The $1.6 million annual budget of the smaller center would be a fraction of its previous $23 million state appropriations, and plans call for jettisoning 30 to 35 of its 47 employees. Sixteen of those workers would likely shift to the Commerce Department to continue handling rural development grants, officials said.

The board also discussed Hall's severance package, which was criticized by state auditors and lawmakers. Officials froze the account last month to gather more details about it.

Rural Center attorney Bob Saunders said the full board never approved the severance package, which was created by the board's executive committee. So, the money cannot be given to Hall until the plan passes a board vote, he said.

Also, the severance wasn't crafted according to IRS guidelines for deferred compensation, Saunders said, which means there could be tax implications for the center if Hall gets the money.

An outside consultant will examine the severance issue and present options to the Rural Center board, he said.