Health Care Ruling Could Be Costly for Government 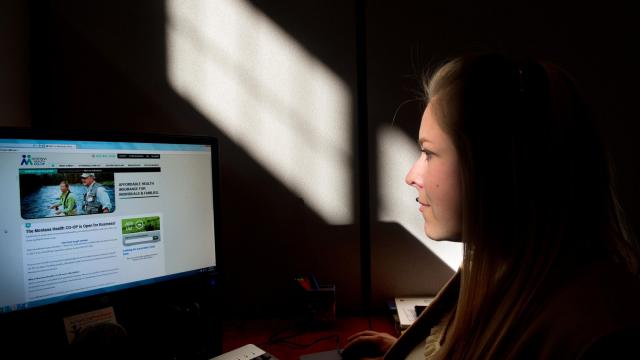 WASHINGTON — A federal court ruled this month that a Montana insurer is entitled to federal compensation for subsidy payments under the Affordable Care Act that President Donald Trump abruptly ended in October, a ruling that could reverberate through insurance markets and cost the government hundreds of millions of dollars.

At issue are payments for cost-sharing reductions, discounts that enhance the value of health insurance policies purchased from the Affordable Care Act’s marketplaces by reducing deductibles, co-payments and other out-of-pocket costs for low-income consumers. Trump ended the payments in October, one of a series of executive actions intended to undo President Barack Obama’s signature domestic achievement.

But Judge Elaine D. Kaplan of the U.S. Court of Federal Claims said this month that Trump’s actions violated a government promise to insurance companies participating in the health law. Although Congress never explicitly provided money for the subsidies, the court said, the government had a legal obligation to pay them.

“The statutory language clearly and unambiguously imposes an obligation” on the government to reimburse insurers for the discounts they were required to provide to low- and middle-income people, Kaplan said in her decision.

The decision could have broad ramifications for health insurers. Several similar cases are pending in the Court of Federal Claims, a specialized tribunal that handles a wide range of monetary claims against the government. In April, another judge, Margaret M. Sweeney, certified a class action that allows insurers as a group to sue the government over Trump’s termination of the cost-sharing payments.

Dozens of insurers of all sizes have joined the class-action lawsuit, filed originally by Common Ground Healthcare Cooperative of Wisconsin.

The case decided by Kaplan was filed by the Montana Health Co-op, which sells coverage on the federal insurance exchange created under the 2010 health law. The company received cost-sharing reduction payments from the government for 45 straight months, until Trump ended them last year. Trump was frustrated over the failure of Congress to repeal the Affordable Care Act, and he denounced the cost-sharing payments as a “bailout of insurance companies.”

Montana Health said it was entitled to $5.3 million for the final months of 2017. Kaplan’s decision allows the insurer to obtain the money from a special account known as the Judgment Fund, created by Congress to pay certain claims against the government.

Federal officials defended Trump’s decision to halt the subsidy payments, saying Congress did not intend to fund them. But the administration has not said whether it will appeal the court ruling.

Kaplan said the question of the government’s legal responsibility, or liability, for the payments was separate from the question of whether Congress had provided money for them.

The Affordable Care Act, she said, is clear. It says that the secretary of health and human services “shall make periodic and timely payments” to insurers equal to the value of the cost-sharing reductions they give consumers.

In decisions stretching back more than a century, she said, courts have held that the government may sometimes incur a “statutory payment obligation” even when Congress has not specifically provided money to meet that commitment.

“The government violated a statutory obligation created by Congress in the Affordable Care Act when it failed to provide Montana Health its full cost-sharing reduction payments for 2017,” Kaplan said, and Congress’ failure to appropriate funds does not wipe out that obligation. Stephen J. McBrady, a lawyer for the insurer, explained the situation this way: “Montana Health, like many other insurers, honored its end of the bargain, but the government has failed to uphold its side.”

John Morrison, a founder of the Montana co-op, said, “The Trump administration’s decision on cost-sharing payments was the latest in a long line of political decisions made in Washington that fell hardest on new entrants to the insurance market.” Some decisions by Congress and the Obama administration, he said, were also “detrimental to co-ops” — nonprofit health plans that were supposed to increase competition.

At first glance, the decision in the Montana case might appear to be at odds with a 2016 ruling in a separate case filed against the Obama administration by House Republicans. In that case, Judge Rosemary M. Collyer of the U.S. District Court here said the payment of billions of dollars in cost-sharing subsidies — without an appropriation — “violates the Constitution.”

But the two decisions are not necessarily inconsistent. The Justice Department acknowledged in 2015 that insurers had a right to do exactly what Montana Health has done, seeking compensation from the Judgment Fund, which has a permanent appropriation.

The Obama administration appealed Collyer’s ruling, but the Trump administration dropped the appeal and agreed recently to a settlement with House Republicans. The goal of their lawsuit was to stop the cost-sharing payments, and Trump did that himself, eliminating the need to litigate the issue.

Many insurers increased premiums for 2018 to make up for the loss of the cost-sharing reduction payments. But their premiums for 2017 were already set and could not be changed, so insurers simply absorbed the financial losses after Trump stopped the payments.

The next open enrollment period, when people can sign up for coverage under the Affordable Care Act or switch plans, starts in a few weeks, on Nov. 1, and continues through Dec. 15. Consumers in many states will see smaller increases in premiums than in prior years, and in some cases they will see rates come down, as insurers say they have already accounted for most of the disruption to the Affordable Care Act marketplace caused by Trump and Republicans in Congress.

Insurers do not like the changes in federal law and policy, which ended the cost-sharing payments and the mandate for people to have insurance. But those changes reduced uncertainty about the government’s intentions, making it easier for insurers and actuaries to predict costs and set rates for 2019.