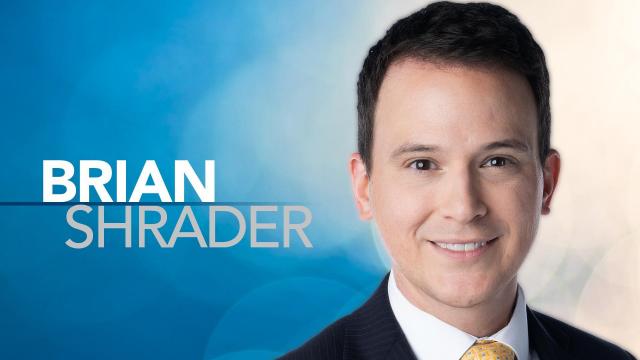 News Philosophy:
Journalists play a vital role in our republic. This is a grave responsibility. Think critically and report honestly, fairly and accurately.

I was not a pet person until a miniature schnauzer named Sage entered my life in 2015. I fell in love. She passed away in 2019 – but she made me a dog person!

Vivian, another mini schnauzer, is my furry companion. She joined me in January 2020 and was fully spoiled by February.

Almost all of my favorite TV shows are older than me. “The Andy Griffith Show,” “The Mary Tyler Moore Show,” “The Bob Newhart Show,” “The Rockford Files,” “Hawaii Five-O,” are some of my favorites. I also love the old “Match Game” and “The Gong Show.” As far as shows that have been produced in my lifetime, I love “Murder, She Wrote,” “The Sopranos,” “Hill Street Blues” and “Poirot.” I’m a big fan of British comedies. “Absolutely Fabulous,” “Fawlty Towers,” “Keeping Up Appearances” and “Are You Being Served?” are at the top of my list.

While “Star Trek II: The Wrath of Khan” is not the greatest movie I’ve ever seen, it’s my favorite movie. I love the original Star Trek II, III, IV trilogy. When the TV is on, I’m usually watching Turner Classic Movies. “All About Eve,” “A Face in the Crowd” and “Sunset Blvd.” are some of my favorites. I also love a good documentary.  Some of my favorites include “Grey Gardens,” “Salesman” and “American Movie.”

I also love old-time radio. The original radio “Gunsmoke” is my favorite radio drama. The stories, the acting, the sound effects hold up really well. Sixty years later, the material still is stunning. My favorite radio comedy is “Vic and Sade.” It’s a comedy soap opera way ahead of its time.

Favorite Websites:
WRAL.com (duh), but a couple of sites for my fellow weather nerds: Pivotalweather.com and tropicaltidbits.com have great model data for free! College of DuPage also has a great site with model data, satellite, radar and many other products at weather.cod.edu!

This state is a perfect mix of the pastoral and the cosmopolitan. It's changing, but the best qualities remain. "Viva Mayberry," I say.

Most Memorable Assignments:
I have a terrible memory, but what stands out recently is flying in Sky 5 as Hurricane Dorian moved off the coast in 2019. We took off early in the morning and flew first to Myrtle Beach. Pilot Mitch Breese, photographer Keith Baker and I then followed the coast all the way to Beaufort, where we stopped for fuel. The airport had no electricity, but they offered us a pack of nabs for lunch, which were as welcome as an Angus Barn sirloin. We then headed up to Ocracoke to look at the damage. The outer bands were still whipping the Outer Banks, and it was amazing to see soundside flooding happening in real-time from Sky 5. It was a gusty, bumpy adventure – and one I won’t forget.

More About Brian:
I grew up in Fuquay, watching "Action News 5" with Charlie Gaddy, Adele Arakawa, Bob DeBardelaben and Tom Suiter. I always wanted to work at WRAL-TV. Here I am, and I'm having the time of my life.

I really want to thank our viewers for their remarkable kindness since I started. Becoming part of their day is a real privilege, and I appreciate it.