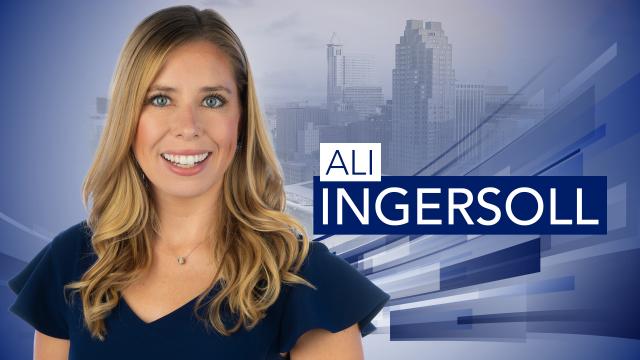 I think it's important to remember that but not completely minimize the human experience to numbers; instead, elevating the voices of those impacted most and providing a platform so their personal stories can be heard while still reporting the facts.

Master of Science in Computational and Data Journalism from Cardiff University;
Bachelor of Arts in Broadcast Journalist, minors in English and Communications Arts and Sciences from The Pennsylvania State University

I grew up with an older sister who is married and has made me a doting aunt to a niece and nephew. My parents and sister's family still live in the Philly suburbs.

Additionally, I am a puppy parent to Potter, my rescued lab-mix who I affectionately refer to as a velcro-doggo because he never leaves my side.

I am an avid reader and have a tendency to reread books I love.

As far as fiction goes, the Harry Potter series is a classic. "Fahrenheit 451," "Americanah," and "Homegoing" are also among my favorites.

For nonfiction, "The New Jim Crow," "Prediction Machines," "Just Mercy," and anything written by Malcolm Gladwell and Ta-Nehisi Coates are equally informative as they are thought-provoking.

With the beaches along the coastline as well as mountains nearby, there's a variety of natural beauty and things to do around state. I am looking forward to enjoying the warmer weather so I can explore as well as play tennis year round and spend fewer days running in the snow.

While in London, I had the opportunity to cover one of Boris Johnson's first speeches after being sworn in as prime minister. It was certainly something I will always remember.

However, my most memorable assignments are linked to situations where people in the communities I've worked in trusted me most to accurately and fairly tell stories. From exclusive interviews with teens put in jail due to inequitable court policies, to police officers disclosing an entire unit of the force resigned from their special post in protest to how two other officers were treated and getting late night phone calls from people who are incarcerated vocalizing their fears about the possibility of a COVID outbreak in jail -- they're some of the stories I felt most honored to report on.