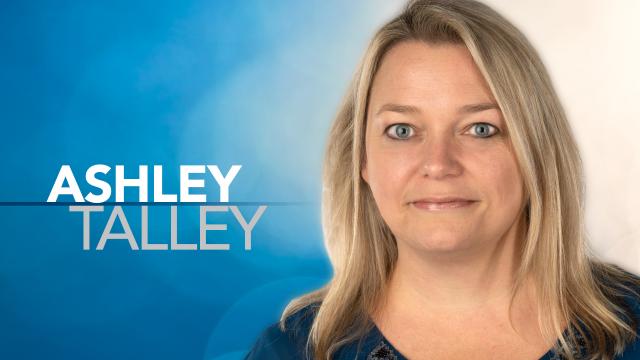 Professional Experience:
Before joining WRAL, I was news director at WMBF, the NBC affiliate in Myrtle Beach for four and a half years. I spent the 10 years before that in North Carolina, working in newsrooms in Charlotte, New Bern and Wilmington.

News Philosophy:
Journalism is about people; find the story and tell it as fully as you can. Be honest and transparent with the audience about the coverage choices you’re making. Seek truth. Minimize harm.

Hobbies/Interests:
Playing tennis, making pottery, spending time on the beach or lake, writing and reading, and travel! Recent destinations include Cuba, Cabo and the Amalfi Coast.

Favorite Books & Movies:
The English Patient, for both! Also old classic movies like Casablanca and Imitation of Life. As for books, I’ll read anything written by Geraldine Brooks, Toni Morrison and John Steinbeck

Likes Best About North Carolina:
Its seasons, its small towns, its proximity to my hometown, and how the mountains and ocean are just a few hours away.

Most Memorable Assignments:
I’ve covered hurricanes, breaking news and national political conventions, but I really love reporting on stories about the history of the places I’ve lived. Three of the most memorable include interviewing a 97-year-old man in New Bern in 2014 whose father was born a slave, talking with a retired lieutenant colonel in the Marines 75 years from the day his twin uncles, copilots during World War II, were shot down and killed, and the friendship I developed with Mr. Ross Walker in Charlotte after he was contacted by a daughter in Germany he never knew he fathered during the second World War. Being there when they met for the first time was an incredible moment, and I still keep a voicemail from him on my phone.