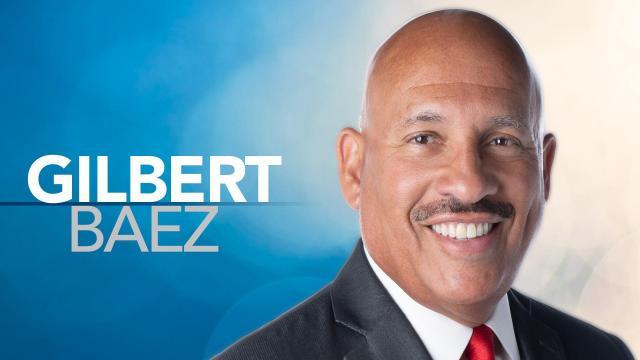 Awards & Recognition:
I've won several awards in broadcasting, including a National Edward R. Murrow Award in 1995 for a story about Fort Bragg soldiers killed when an F-16 Fighter Jet collided with a C-130 Cargo Plane at Pope Air Force Base. In 1973, I was selected as the National Youth of the Year for the Boys & Girls Club of America.

News Philosophy:
Get it first, and get it right!

Hobbies, Interests & Community Involvement:
I've not only worked as a television news reporter but also spent more than 30 years as a radio announcer, program and news director. Many in our viewing area remember me as a night club disc jockey! I currently host a talent-filled karaoke night at a local hotel in Fayetteville. I sing, on occasion, but really enjoy listening to the talented individuals who come out on Friday nights. I also love to play golf.

Family:
I have five beautiful young adult daughters, two grown sons, five young grandsons and two wonderful granddaughters. I have a young godson, too. Tyler is my golf running buddy!

Likes Best About North Carolina:
Growing up a large city (Philadelphia) has made me appreciate the beauty of North Carolina. From the mountains to the coast, the weather here is, for the most part, very nice. I love the fact I can play golf just about every month of the year. The beaches are extra special, even during the winter!

Most Memorable Assignments:
My most memorable assignments at WRAL was covering the first Gulf War in the Middle East in 1991. I was first to report that Fort Bragg soldiers were being sent to oust Saddam Hussein from Kuwait. I was supposed to be on the assignment in the Middle East for about a week. I ended up staying overseas for nearly two months and was able to develop wonderful stories about the men and women who volunteer in the Armed Forces to keep America safe.

More About Gilbert:
Covering news in Fayetteville is special to me. This has been home for about 35 years. Because of Fort Bragg soldiers, who come from across the country and around the world, this community is a melting pot, much like the Washington D.C. area. Many of the service members retire here and make this community home. It's that diversity that makes Fayetteville a wonderful place to live and work.