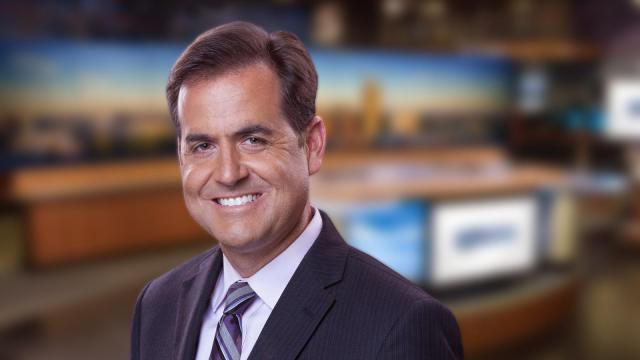 Education:
Bachelor of Arts in Journalism, 1998, University of South Carolina

News Philosophy:
My news philosophy is simple: Make sure that every story I do is fair, well-written, compelling and memorable.

Hobbies, Interests & Community Involvement:
My wife, Alison, and I love rivers. We are avid canoeists, so you'll likely find us whiling away a weekend paddling the Cape Fear in a canoe or kayak. We enjoy camping, hiking and exploring back roads.

Likes Best About North Carolina:
There's so much I love about North Carolina that I don't know where to begin. I love the Blue Ridge Mountains, the Smoky Mountains, Asheville, Ashe County, Mount Mitchell, vinegar-based barbecue, sweet tea, tobacco fields, tobacco barns, the sand hills, longleaf pine trees, cypress trees with Spanish moss, the beaches with sea oats swaying in the wind. I love Albemarle Sound, the Outer Banks, the alligators at Orton Plantation near Wilmington, the Alligator River, the Lumber River, the Neuse River, the Davidson River. I could go on ... but you get the picture.

Most Memorable Assignments:
My most interesting interview was with nobody famous. He was a 90-year-old man named Ed Fouts who still goes off-roading through the Arizona desert in his 1975 jeep. Priceless interview.

More About Bryan:
I grew up in Greenville, S.C., where I cut my teeth in journalism as a writer for a weekly newspaper in the suburbs of Greenville. But broadcasting always had a powerful allure. My hero in the industry is the late CBS correspondent Charles Kuralt, a Carolina native himself. I admired his voice, his writing and his ability to craft a story. From the time I was 15, I knew I wanted to do what he did. I longed to travel America -- and the world -- in pursuit of news (or just a good, compelling story). While newspaper reporting was fun in its own right, the marriage of pictures, sound and words proved irresistible, so I pursued a television career.

My wife and I quit our television jobs in 2004 to travel the smallest roads we could find throughout the western U.S. We bought a raggedy 1982 Fleetwood trailer, only 15 feet long, and hauled it across 10 western states. During that time, we also traveled with a church in Phoenix, Ariz., to shoot documentaries in Paraguay, Brazil, Honduras and China. In 2005, my wife and I spent three months in Honduras to produce documentaries on church missions there. We have also been on mission trips to Uganda and Nigeria.